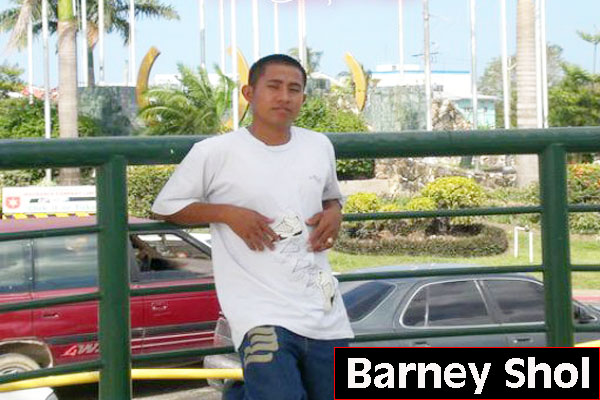 A traffic accident that occurred around 9:50 p.m. on Sunday, March 3, 2013, between Miles 33 and 34 on the George Price Highway claimed the life of 28-year-old Barney Shol, a police officer attached to the Gang Suppression Unit (GSU).

Shol was travelling in a white four-door Toyota Camry with two other passengers – Hilberto Ack, 22, and George Ferguson, 27, both police officers attached to the GSU in Belize City. They were travelling from Belmopan towards Belize City.

Reports are that Shol lost control of the vehicle and it flipped several times. The vehicle landed about 30 feet in the bushes away from the highway.

The three officers were taken to the Western Regional Hospital. Shol, who was originally from Laguna Village in the Toledo District, was pronounced dead on arrival. The other officers are reported to have sustained minor injuries to their bodies.

Shol’s body awaits a post-mortem. Investigation into the incident is ongoing.