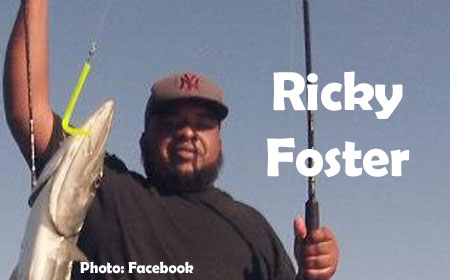 PUNTA GORDA, Mon. Oct. 17, 2016–Six Belizeans were held by the Guatemalan Armed Forces (GAF) today after they allegedly invaded Belizean waters and towed the petrified Belizeans for hours in southern waters, warning them that the GAF would begin to assert themselves in waters which the fishermen know to be their traditional fishing grounds.

Whereas the Guatemalans are claiming that the Belizeans were found in Guatemalan waters, Eric “Ricky” Foster, 33, a fisherman and farmer of Punta Gorda, Toledo, told Amandala tonight that he was well inside Belizean territory. He told us that other residents of Punta Gorda saw the Guatemalan vessels nearby as well.

Foster said that he was abducted near Moho Caye, north of Punta Gorda, by Guatemalan military traveling in a Columbian skiff and a Guatemala-flagged gunboat, which had two other confiscated Belizean fishing vessels in tow.

Foster said that when he first saw the vessels approaching so near to Punta Gorda Town, he thought that it was the Belize Coast Guard, and when he realized that it was the Guatemalan military, he called a friend, asking him to alert Wil Maheia, of the Belize Territorial Volunteers, of what was unfolding.

Maheia messaged us this afternoon, around the same time that the Chief Executive Officer in the Ministry of National Security, Felix Enriquez, was also receiving notification of what had happened.

Earlier today, after the news first broke, Amandala was informed that the matter was being addressed through diplomatic channels. Our efforts to get comment from the Ministry of Foreign Affairs today were unsuccessful.

Tonight, the Government of Belize issued a formal statement confirming that “six (6) Belizeans were detained earlier this afternoon by a Guatemalan coastal patrol vessel, while they were fishing in the Gulf of Honduras.”

“The Guatemalan coastal patrol vessel intercepted the Belizeans in an area at sea at a point between the mouth of the Moho River, Toledo District, Belize, and Punta de Manabique, Izabal, Guatemala. The Guatemalan Navy claimed that the Belizeans were illegally fishing in Guatemala,” the release added.

It said that, “After prompt intervention and coordination by Belizean diplomatic and military officials, along with their Guatemalan counterparts, the Belizeans were thereafter released and returned to the location where they were first encountered.”

We were able to speak with Foster after the Belizeans were released this evening. He told Amandala that he went fishing at about 8:00 this morning at his usual spot near, a few miles from Punta Gorda. He told us that he usually dives for conch and lobster, and he also fishes for finfish. Foster was accompanied by a diver.

He said that within the hour, he saw two other boats being towed behind a gun boat, and they were joined by a Columbian skiff with officers of the Guatemalan armed forces: 7 males and 1 female.

“This is Guatemalan waters,” Foster said they told him.

“They said they will enforce that,” claiming that fishing by Belizeans would not be allowed beyond 3 miles, Foster said.

By the time the Guatemalans got to Foster, they had already held an elderly fisherman (Mr. Thompson) and his wife, who were in one fishing boat; as well as Herson Coleman and another fisher; who were in a third boat.

“They took our phone, money, and rubbed us down,” he said.

He told us that they were towed by the Guatemalans around the waters from about 9:00 a.m. to about 4:00 p.m., after which they were returned to Belize.

They were taken near Puerto Barrios but not taken ashore; instead, the gun boat, which paraded them through the southern waters of Belize, turned around and brought them back via the Sarstoon, he recounted.

“I thought they were going to kill us,” said Foster, who told us that he felt threatened during the ordeal.

They were given water but nothing to eat, Foster said.

“The [elderly] lady nearly caught a heart attack,” he said.

“They told us this is a warning…” he added.

Foster told us that this was the closest to Punta Gorda Town that people have seen the Guatemalan military come.

Concerned over the latest developments, fishermen there are planning to meet tomorrow, said Foster.

“While we are fighting each other, Guatemala is taking over our country,” he said.

He told us that there were 5 skiffs with Maya Indians fishing in the area, but none of them were stopped – only those skiffs with Creole and “Cooley” fishers, Foster said.

Pointing to the land rights ruling in favor of the Maya of Toledo, he said: “The Maya have the west and Guatemala is now taking the east… What will Black men do?”

He said that he is unable to expand his farm in Toledo due to the communal land rights ruling, which has affirmed customary land tenure across nearly 40 villages in Toledo.
“Mawga dawg will eat di food… I can’t get no land; I can’t go fish. Guatemala deh right front ah me,” said Foster.

He is calling for the Belize National Teachers’ Union (BNTU), which is continuing into its third week of strike action, to put the Guatemala issue on their agenda.

“The enemy di close in pan we…” said Foster, who said that he is stifling in his own country.

CEO Enriquez told us that Belizean authorities will be looking into the matter, and trying to ascertain where exactly the Belizeans were held by the Guatemalans.

In May 2016, the GAF detained 8 Belizean fishers for illegal entry at Punta Manabique Beach in Izabal, Guatemala, and they were safely returned after official intervention, but their boat was confiscated.

Last March, the Guatemalan military detained nearly 40 Belizeans who had traveled to the Sarstoon as a part of an expedition led by the Northern Territorial Volunteers, likewise claiming that they had entered into Guatemalan waters.

Usually, the troubles between Belize and Guatemala are limited to skirmishes on the Sarstoon, and we are told that official talks have yet to be concluded to establish a mechanism for engagement on our southern border. However, the recent developments add a new dimension to the problems faced by Belizeans in our southern waters.