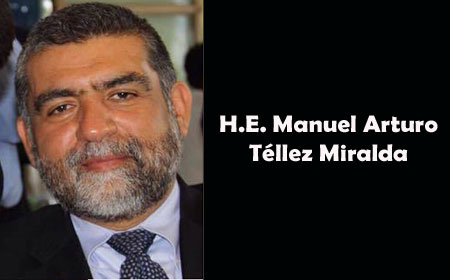 Embassy sources here said that the ambassador, who had been hospitalized, passed away at the age of 54 due to natural causes.

Guatemala’s Ministry of Foreign Affairs lauded Ambassador Téllez Miralda for his service to the ministry as a diplomat since 1991 with deep love for his country and said that his passing represents “an irreparable loss.”

Apart from serving as ambassador to Belize since 2004, Téllez Miralda also served as Guatemala’s ambassador to El Salvador and head of mission in Mexico.

A special reception to honor his memory was planned by Guatemala’s Ministry of Foreign Affairs for this morning, to receive Téllez Miralda’s body in Guatemala.

Guatemala’s Embassy in Belize has informed us that Téllez Miralda is being laid to rest in his home country this afternoon.