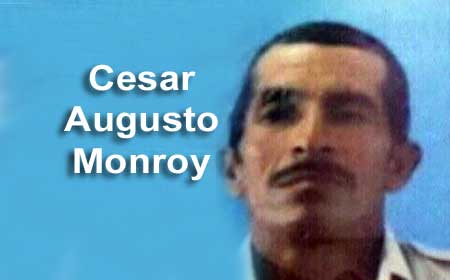 ALTA VISTA, Stann Creek District, Wed. Aug. 9, 2017–Dangriga police are investigating the murder of Guatemalan farmer, Cesar Augusto Monroy, 49, of Alta Vista, whose body was found in a state of decomposition on the Davis Falls Road at about 6:30 yesterday morning, in Alta Vista.

Monroy had been chopped on his neck, in the back of the head, and on his right arm.

A post-mortem exam conducted on his body yesterday certified the cause of his death to be traumatic shock due to blunt sharp force trauma due to multiple chop wounds.

Monroy’s body was discovered by Jose Garcia, 71, a farmer of Alta Vista, who told police that he was walking to his farm in the village when he saw blood on the stones on the road, and believing that it came from an animal, followed the blood trail which led him into an orchard, which is not far from the road.

There, he saw the body of a man whom he identified as his fellow villager, Cesar Monroy.

Police were then called to the scene.

Superintendent Leslie Wade, Commander of Stann Creek Police, said that Monroy was last seen on Sunday evening leaving the village, and he did not return. It is not known where he went, who he saw, and what happened. The motive for the murder is not yet known.

Wade said that Monroy is from Guatemala, and has no known family members in Belize, and also, his common-law wife lives in Guatemala.