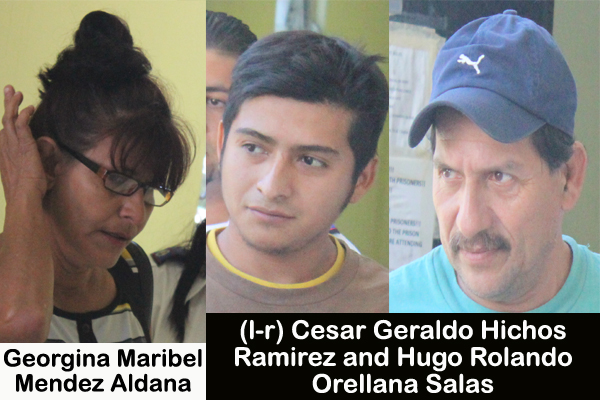 She was also found with 1,800 pounds of sea cucumbers

A Guatemalan businesswoman who was busted with 1,800 pounds of sea cucumbers (a discovery which prompted an investigation by the Fisheries Department) was fined in the Belize City Magistrate’s Court, where she pleaded guilty for employing undocumented workers.

Georgina Maribel Mendez Aldana, 49, a resident of Mango Creek, Stann Creek District, was assessed by Immigration officers with two counts of employing two Guatemalan workers, who did not have the necessary temporary work permits.

She pleaded guilty to the two charges, when she appeared before Magistrate Dale Cayetano, who charged her $1,000 for each of her two undocumented workers. Cayetano ordered Aldana to pay the fine forthwith, in default of which she would serve six months in prison. She was able to pay the court fine, but remained in police custody pending investigation into the sea cucumbers.

Aldana was busted today, Monday, around 3:00 a.m. at a checkpoint manned by police and Fisheries Department personnel. She and her two workers were found to be in possession of 1,800 pounds of sea cucumbers.

Police handed over Cesar Geraldo Hichos Ramirez, 22, and Hugo Rolando Orellana Salas, 52, to immigration officers, who interviewed them and learned that they were in the employ of Aldana.

Facebook
Twitter
Pinterest
WhatsApp
Print
Previous articleMinister of Immigration says internal reports on passport scandal will be made public in due course
Next articleThe least of these, my brothers and sisters