Home Headline Gunned down as he bought Terminator 3
Headline

Gunned down as he bought Terminator 3 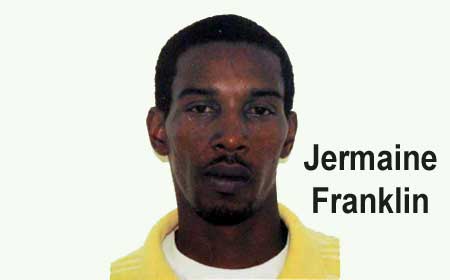 BELIZE CITY, Thurs. June 22, 2017–Jermaine Franklin, 36, a construction worker, was making preparations for a movie night at home when he was gunned down on Belize City’s southside.

The DVD he bought, Terminator 3 – Judgment Day, remains in a bag on the counter of the video store because before he could remove it, a man walked into the store and opened fire at him.

Franklin ran outside the store but collapsed in front of the establishment. He had been shot five times in the head and neck.

He reportedly died on the scene and his body was transported to the morgue at the Karl Heusner Memorial Hospital.

Police were able to quickly detain the man they believed pulled the trigger. However, the weapon has not yet been recovered.

Assistant Superintendent of Police (ASP), Alejandro Cowo, told the media in a press conference held today that investigators have combed the crime scene and checked video footage which captured a portion of what transpired. He said that police have also conducted searches at the suspect’s home, but have still not recovered the firearm used.

Following an interview with the suspect, Cowo indicated that the shooting was not gang-related but “something personal.”

The victim reportedly has no police record and is not known to them.

Jermaine’s sister, Jessimae Franklin, today told Amandala that her brother, “was a loner; he kept to himself.”

She revealed that he had an anger issue but had not believed that that would have ever led to his demise.

Additionally, she told Amandala that her brother had in his past served time in prison, but had been out for more than five years and had since lived a life of purpose.

She said she wants justice for her brother because he didn’t “go around troubling people”. “What they did to him was unfair,” she said.

Funeral arrangements for Jermaine Franklin have been tentatively scheduled for next Wednesday at Bethany Baptist Church.

He leaves behind his mother and three siblings.