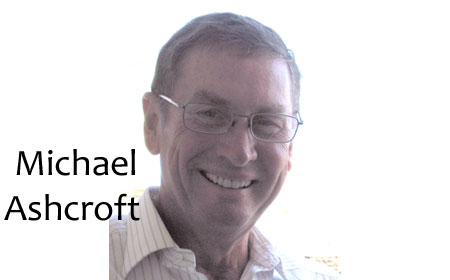 Seven years ago, when the Government of Belize took control of Belize Telemedia Limited from a group of companies controlled by British billionaire Lord Michael Ashcroft, Dunkeld, one of his Turks and Caicos companies, triggered foreign arbitration claiming between $300 million and $600 million.

Ashcroft laughing all the way to the bank

Allen & Overy, a law firm representing the Ashcroft group, has indicated that Barrow was the one who signed the exchange of notes for the said treaty back in 1985, when he was Minister of Foreign Affairs.

The Government also has to pay compensation to the BTL Employees Trust, and although the workers never controlled that company, Barrow said Wednesday that the workers should get a portion of the compensation paid to that trust. He told the press that the total compensation payable for the share value is BZ$255.6 million—not including interest.

The shock of this week’s revelation was somewhat mitigated by prior warnings that the decision would soon come. The news on Tuesday, June 28, was that the nationalization of Belize Telemedia Limited (BTL) back in 2009 had come at a grand total cost of nearly a half-a-billion dollars, although the history of the dispute—unresolved for more than 7 years—was fuzzy in many people’s minds.

Today, there were some questions that Belizeans want to have answered. First among them was, why did it have to come to this? The second was, how will the Government pay?

According to Prime Minister Dean Barrow, his government had moved to nationalize BTL back in August 2009 to put an end to battles between the Government and the Michael Ashcroft-controlled BTL.

The accommodation agreements also covered BTL’s acquisition of $19.2 million worth of assets, formerly owned by the companies affiliated with Glenn D. Godfrey, which the Said Musa administration persuaded BTL to acquire. (For more information, see our online post: http://amandala.com.bz/news/behind-the-accommodation-agreements/)

“Lord Michael Ashcroft is an extremely powerful man. His net worth may well be equal to Belize’s entire GDP. He is nobody to cross…, “ said Barrow.

The fact is, though, the litigation has still not ended. Instead, there have been even bigger awards against the Government of Belize, and as we speak, the Government of Belize is trying to fend off efforts by the Ashcroft group to have the United States enforce multiple arbitration awards against Belize. The tab is no longer tens of millions—it is now hundreds of millions.

With respect to this week’s arbitration ruling, Barrow has indicated that in his view, it was a win for his government and he has no regrets.

“Very simply, we believe we will have no difficulty, especially in view of the excess liquidity in the financial system; getting all the money locally by way of issue of government paper, bills and notes. And the 40% that has to be converted into US and send abroad will also be fairly comfortably covered by Central Bank reserves,” Barrow said.

Last year, the Government paid a partial settlement to the former owners of BTL of US$32.5 million (BZ$65 million), plus US$48.5 million to the British Caribbean Bank for the loan the Government of Belize took when it nationalized BTL. Originally, the loan was for US$22.5 million, but because of the loan, the bank held BTL’s primary assets, which the Government had to acquire to accomplish the full takeover of the company and its assets.

The arbitration panel has also awarded certain costs associated with the arbitration expenses to the claimant. The parties are to bear their own costs of legal representation, but the panel ordered that the Government pays certain costs to the claimants for proceedings before Belize’s courts. In his summary of the costs of the award, Waight said that legal costs amount to $7 million.

BTL’s shareholder equity, according to its audited financials, during the year that Government took control of the company was BZ$165.9 million. Its assets were valued at BZ$317 million. However, the foreign arbitration panel which handed down its decision this week fixed the company’s equity value at US$270.9 million (or BZ$541.8 million)—that’s including the concessions which the Musa administration gave to BTL, while under Ashcroft’s control, to which the tribunal attributed 60% of the award, which factored in both present and future benefits of what would apparently have been a highly favorable 30-year concession.

The Ashcroft group initially claimed US$298.70 million, or roughly BZ$600 million. Dunkeld’s assumption was that the Accommodation Agreement would be in effect until 2034, the duration of Telemedia’s renewed license plus two years. The agreement guaranteed the Ashcroft companies which held interest in BTL a 15% rate of return and when BTL did not meet those promised profits, the Government would compensate through tax set-offs. The agreement also involved restrictions on public access to Voice Over Internet Protocol (VoIP)—restrictions which were reversed in April 2013.

“I wish to make clear at the outset that I place blame for that accommodation agreement portion of the award; which is 60% of the total, I place blame for them squarely on the People’s United Party. The accommodation agreement portion of the award is not to go to those former shareholders; instead that money (less expenses) is to be paid by us in Belize Dollars and is to remain and be spent in Belize,” Barrow announced.

Today, Opposition Leader Johnny Briceño told the press that Barrow knew all along that Belizeans would be saddled with a half-a-billion bill but he resisted paying compensation until last September because of his ego, in his quest to win a third term in office. He said that the nationalization amounted to Government buying “pus eena bag…” since the company is valued far less than what Government now ends up paying for it.

Barrow noted that half of the award is payable within 10 business days: 60% of it in Belize currency and 40% in US currency. The second half is due within 12 months. He said that they will borrow funds from the local market by issue government paper, in the form of treasury bills and notes at a lower interest rate than their previous issue.

Furthermore, he told us that the Government is currently selling $60 million in utility shares: $55 million to the Social Security Board and another $5 million as a separate offering.
SSB chair Douglas Singh confirmed to Amandala that SSB will buy $15,000,000 shares in BTL and another $40,000,000 shares in Belize Electricity Limited (BEL). (BTL shares attract a much higher dividend than BEL shares.)

In wrapping up his statement on Wednesday, Barrow announced that, “Even after that there will still be a little more headroom for selling additional shares in BEL, and a lot more headroom for selling additional shares in BTL. We anticipate being able to raise another $75 to $100 million if we go that way, so that borrowing for the award will be greatly lessened as a result.”

It remains to be seen how many of those shares will actually remain as property of the Government of Belize after the transactions are concluded.

Additionally, the Government’s 70% shareholding in BEL was last year reduced to 36.9% after it returned 33.3% of those shares to Fortis Inc. of Canada in a settlement agreement that saw the Government paying compensation of US$35 million. The planned purchase of more BEL shares by Social Security Board would see the board’s stake in BEL increase from its current shareholding of 26.9%.

Singh told Amandala that the board has already approved the purchases based on a recommendation from its investment committee to proceed, and they are now working out the final details with the Government, as they cannot pay more than the value that the SSB has set for the shares, based on the earnings per share. Government is selling the shares to pay compensation to the Ashcroft group.

Financial Secretary Joseph Waight said that Parliament has already given authority to proceed and the Central Bank will create an account for the Government to deposit the US currency it needs to pay the portion of the award due next week.

Five Ashcroft companies, BCB Holdings, Ecom Limited, Mercury Communications Limited, New Horizons Inc., and Thiermon Limited, all filed claims for BZ$10.23 per share, based on a valuation by PricewaterhouseCoopers LLP reported on 17 December 2010. The arbitration panel found that the value of Telemedia as of 25 August 2009 was BZ$5.6547 per share, of which BZ$3.3873 is attributed to the value of the Accommodation Agreement. That was one bitter pill in the award. Another was the interest awarded at 8.34% compounded quarterly. Financial Secretary said that the interest portion amounts to BZ$198 million.

Belize court records indicate that Waight had filed for the court to determine compensation after the parties were at loggerheads over the value of compensation. Seven years later, the PCA-based tribunal ruled in favor of the former owners, awarding them a substantial amount for the accommodation agreement which the Barrow administration had repudiated back in 2008. That decision by the Barrow administration not to accept those agreements which he said were given secretly by the Musa administration sparked a new wave of litigation, first resulting in a separate arbitration award against the Government handed down by the London Court of International Arbitration (LCIA).

As we write, Belize Social Development Limited (BSDL), the company to which the former shareholders assigned the award before nationalization, is trying to have that arbitration award of BZ$38 million enforced against Belize in the USA.

Barrow told the press Wednesday that he is certain that the Government will not have to pay that award; as the saying goes: “Only time will tell!”