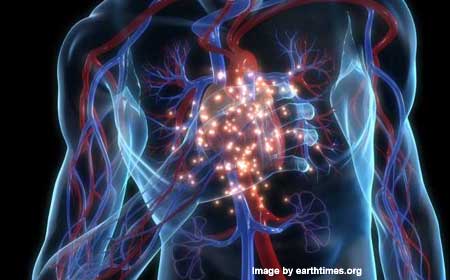 BELIZE CITY, Tues. July 25, 2017–The leading cause of death in the Belize District, the country’s most populous district, where roughly 30% of the national population resides, is heart disease, according to a bulletin just released by the Ministry of Health for the Central Health Region.

Heart disease is also the 4th most common non-communicable disease (NCD), after hypertension, diabetes and asthma, but right next in line is chronic renal failure, which may also be associated with diabetes.

Homicides ranked 2nd leading cause of death for the Belize District, while cancer is ranked 3rd

For the most common NCD (hypertension), 55 new cases have been reported for the district for the first half of this year, while new diabetes cases amounted to 43.

Whereas NCDs cannot be transmitted from person to person or via a vector, there are communicable diseases (CDs) which can. The most common is acute respiratory infections, down by roughly 15.6% according to the Ministry of Health. However, gastroenteritis (commonly known as the stomach flu) saw a spike of 24.2% in reported cases.

Next in line on the list of the five most prevalent communicable diseases are conjunctivitis (commonly known as ‘pink eye’), candidiasis and vaginal infections.

Homicides are ranked the second leading cause of death in the district while cancer is ranked third.

Mid-year major crime statistics released by the Belize Police Department indicated that there were 38 murders in the Belize District for January to June 2017, up from 33 for the same period last year, representing an increase of 15%.

Another concern for the district is the relatively high rate of infant mortality for the first half of the year. The rate is reported at a high 21.4 for every 1,000 live births – a stark contrast to the national rate of 9 deaths per 1,000 live births reported in the Belize Multiple Indicator Cluster Survey for 2015-2016. The number of infant deaths was down from 15 to 14 for the period with 50% of cases occurring in neonates ages, 0 to 6 days.

Dr. Natalia Largaespada Beer, maternal and child health technical advisor in the Ministry of Health, told our newspaper that some of the deaths were due to pregnancy complications while others were a result of unrelated illnesses such as infections, severe gallstones and miliary tuberculosis, which infects areas apart from the lungs.