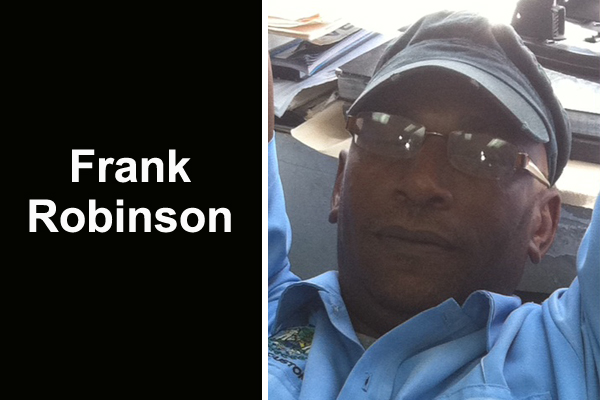 Amandala and its executive secretary, Odessa Robinson, are mourning the sudden, tragic death of Robinson’s brother, Customs officer Frank Robinson, 51 — the result of a collision between a department vehicle that he was driving, and a sand truck at Mile 2 1/2 on the George Price Highway, near the junction of Krooman Road and the highway at about 2:45 this afternoon.

Robinson, also known as “Mango,” suffered massive head and body injuries in the collision between his Isuzu D-Max pickup and the 6-wheel 10-ton sand truck.

Police said that in the pickup truck with Robinson were Karima Williams, a fellow Customs officer, and another female, whose name has not been released. The sand truck was driven by Martin Burke, a truck driver of Benque Viejo Del Carmen.

Burke told Amandala that he was driving his truck from Belize City to Hattieville and was travelling behind the Customs pickup when the pickup’s driver made a sudden turn without indicating that he was turning, causing the right side of the truck to slam into the left side (the driver’s side) of the pickup, which caused severe impact on the driver.

Burke said that it happened suddenly, and that there were three persons standing on the left side of the road, which prevented him from driving off the road to avoid the collision.

Firemen had to cut the driver’s door of the pickup to take Robinson out of the damaged vehicle, and it took about 30 minutes for him to be taken out.

Robinson was rushed to the Karl Heusner Memorial Hospital by a BERT ambulance, but died shortly after due to the severity of the injuries he suffered.

A fellow Customs officer said that Mango had just received a phone call from his office to turn back, and believes that that was the reason he made the turn across the road to access Krooman Road, which would have led him to his office.

It has been a particularly tragic month for us at Amandala. A little less than three weeks ago, the newspaper was in mourning when Evan Garnett, Jr., the son of our business manager, died tragically in an accident at Mile 11 ½ on the Philip Goldson Higway on Saturday, May 10.

The entire Kremandala family extends sincere sympathy and condolences to Odessa and her family for the untimely death of her brother.