HIV testing lags behind target in Belize, where prevalence rate is highest in Central America 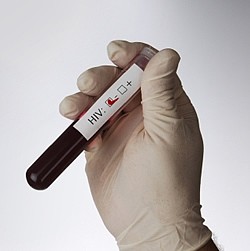 BELIZE CITY—Belize remains in the unenviable position of having the highest HIV prevalence rate in Central America. Although UNAIDS quotes Belize’s figure at 1.5% of the adult population age 15 to 49, Belize’s Ministry of Health reports the figure at 1.4%.

Although the Belize Ministry of Health informed us today that it could not provide us with partial 2014 data, we were told that up to June 30, 2014, 14,729 HIV tests had been conducted, which is slightly below the Ministry’s target of 15,000 per mid-year.

The Ministry of Health also reports a major decline in the adult HIV prevalence rate, from a high of 2.4% over the decade.