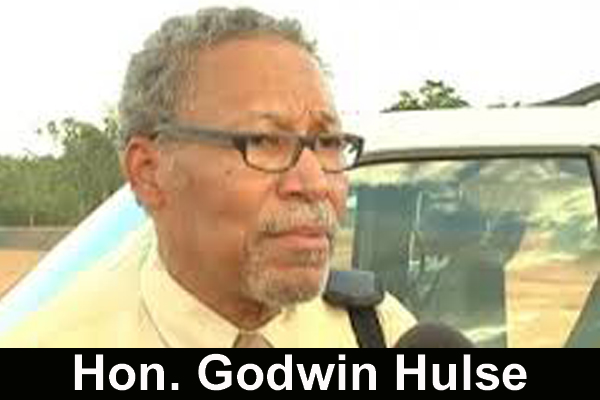 Notwithstanding the Public Services Commission, the public has a right to know what the report said

The “Penner Passport Scandal,” with all its implications, is anything but over, and the public’s desire to know exactly what were the circumstances behind the scenes that led up to this gross violation of Belize’s nationalization procedures remains.

So far, the public has not been provided with any substantial updates on the administrative investigations that are taking place at the Immigration Department; however, Amandala understands that two internal reports have been concluded to date – one for the Passport Section, and another for the Nationality Section of the department.

In the wake of the recent passport scandal, which became public last September, three staffers from the Immigration Department – namely data entry clerks Omar Phillips, Erwin Robinson and the head of the Passport section of the Immigration Department, Sharon Neal-Flowers – have all been placed on suspension pending the outcome of the subsequent investigations that were launched in order to determine who were the persons responsible for the fraudulent issuance of a Belizean passport and nationality to a South Korean fugitive by the name of Won Hong Kim.

Both Prime Minister Dean Barrow and Immigration Minister Godwin Hulse have insisted that Former Minister of State Elvin Penner did nothing illegal, and so he was not included as a subject in investigations into the scandal.

Late last month, on January 21, two more senior officers – this time from the Nationality section of the Immigration Department – identified as Gordon Wade, who is the head of the Records section, and Ady Pacheco, who is the second in command, have since been asked to answer specific questions regarding missing files from the department.

It was reported that Wade and Pacheco have until the end of this week to provide their explanations, but today, when we asked Hon. Godwin Hulse to confirm that, he told us that the two officers have indeed been given a timeframe within which to answer to the allegations, but he did not say whether the deadline is the end of this week.

Hulse mentioned that, while the public officers will have to respond to the questions, there is a step-by-step process that has to be followed which must proceed according to certain protocols.

The questions follow an internal investigation report which was conducted on the Nationality section, which had long been under scrutiny because no one from that department had faced disciplinary action since it was believed that the file for Won Hong Kim had to originate in that section of the Immigration Department.

According to Channel 5, that report was dated October 4, 2013, but it was not until three weeks ago that the two senior officers were instructed to answer some questions. Of note is that neither of the two has faced suspension as yet.

Minister Hulse told Amandala that the case of Phillips, Robinson and Flowers is presently before the Public Service Commission, and as the relevant Minister, he could not get involved in that process; he has to let “natural justice” take its course.

Channel 5 had reported that another internal investigation report – dated November 11, 2013 – was also done in regards to the Passport Section of the Department, even though the three immigration officers had been suspended last September.

Hulse told us that he could not divulge the details of the report, because it has to go before the Public Service Commission first. He explained that it would be in the best interest of the officers and the investigation for him not to release any information with regards to the report, so as not to prematurely incriminate any of the persons who were named in the report.

However, according to Channel 5, who have managed to obtain a copy of that report – a portion of which they reproduced earlier this week – it clearly implicates former Minister of State in the Ministry of Immigration, Hon. Elvin Penner, who in September was relieved of his duties, by the Prime Minister, for signing the passport application and nationality certificate for the South Korean felon.

The report, according to Channel 5, goes on to say that “the three officers stand out as participants whether by omission or commission of acts.”

Amandala could not obtain a copy of the report.

Facebook
Twitter
Pinterest
WhatsApp
Print
Previous articlePrisoner sprinted away for freedom, but was quickly recaptured by police
Next articleIndependence police solve two murders in their area

Opposition Motion of No Confidence fails

BELMOPAN, Thurs. Mar. 5, 2020-- One of the highlights of today’s House of Representatives meeting was a Motion of No Confidence in the United...
Read more
- Advertisment -