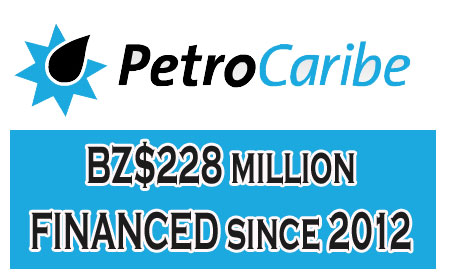 BELIZE CITY–The Opposition People’s United Party and the ruling United Democratic Party have been at loggerheads over $228 million in unapproved borrowing by the Barrow administration from funds which the Government has obtained under the Alba PetroCaribe initiative with Venezuela, and a fierce debate is expected to unfold inside the National Assembly tomorrow, Tuesday, when the loan motion presented in October is submitted for second and third reading.

The Opposition contends that the Government has acted illegally in securing financing which exceeds the $10 million limit beyond which parliamentary approval is required. The Opposition has, therefore, gone to the Supreme Court seeking declarations from the court that the spending was a violation of the Finance and Audit (Reform) Act.

When the PetroCaribe loan motion was tabled in October, Prime Minister and Minister of Finance Dean Barrow explained that the agreement between Belize and Guatemala was first made in 2005, when the PUP was the ruling party.

Under that agreement, Belize repays 50% of the cost of fuel imported from Venezuela on a 90-day cash basis and the other 50% is financed over 25 years, under a program that allows the country to use the retained proceeds for initiatives such as social projects. Belize repays the funds at 1% per annum. Since 2012, Belize has received more than a quarter million dollars in financing under the PetroCaribe program.

In a press conference held earlier this month, the Opposition PUP said that Parliament’s approval of the motion won’t cure the illegality.

Opposition Leader Francis Fonseca said that far from complying with the law, the PetroCaribe motion “seeks to ratify illegal borrowing and spending since September 2012.”

Fonseca was asked whether the Opposition would be willing to disclose the details of $39 million in spending by the then administration of the People’s United Party – spending for which that administration, likewise, did not seek prior parliamentary approval.

Fonseca referred to that amount, which the PUP administration spent, as “a very small pittance compared to the hundreds of millions which Barrow had raised…”

At tomorrow’s Sitting of the House of Representatives, four other loan motions will be tabled, with a request to have them passed through all their stages the same day. They are a loan motion for US$30 million for climate resilience adaptation from International Bank for Reconstruction and Development, an arm of the World Bank; US$4.6 million for road safety from the Caribbean Development Bank; US$10.5 million (also from the Caribbean Development Bank) for a line of credit for the Development Finance Corporation; and US$15.2 million from the OPEC Fund for International Development.