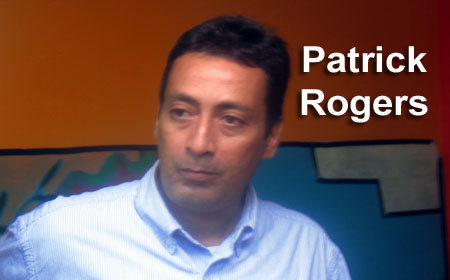 BELIZE CITY, Wed. July 22, 2015–The announcement by Foreign Minister Hon. Wilfred “Sedi” Elrington and Ministry of National Security CEO Colonel George Lovell (Ret’d), that Guatemala has raised objection to the construction of a Forward Operating Base (FOB) on Sarstoon Island, the southernmost part of Belize, and that plans to construct the base have been put on hold, was met with severe criticism from the independent political party Vision Inspired by the People (VIP) at a press conference this morning.

VIP’s position on the FOB is similar to the position taken by the National Trade Union Congress of Belize earlier this week, that Belize should exercise its sovereignty over its territory and go ahead with the construction of the FOB, notwithstanding Guatemala’s objection.

VIP member Patrick Rogers said that Belize is building confidence for a Guatemalan case, if the claim ever makes it to the International Court of Justice (ICJ).

“In effect, we’ve seen where the Guatemalans are protecting what they believe to be theirs by sending their navy to go and instruct our Coast Guard to get off that island. That’s an act of exercising sovereignty over that territory. They followed that by instructing our government that, no, you cannot build on that Sarstoon Island until the ICJ has made a ruling as to whose territory it is,” Rogers said.

Paco Smith, another VIP member said, “The VIP has launched a petition that is going to be sent to Prime Minister, Dean Oliver Barrow.”

Smith said the petition is basically being launched to tell the government that they must commence building of the Belize Coast Guard FOB on Sarstoon Island.

Smith added, “That is the hot button topic, and we believe that it’s an affront to our territorial integrity and our sovereignty that our security forces have been ordered to stop whatever business they have to do in the country of Belize, based on a complaint from Guatemala.”

The VIP has described Government’s approach to the Guatemalan claim as “the 4-A’s.”

“The GOB, via its policy of Appeasement, Acquiescence, Accommodation and Adherence, has bowed to the bullying tactics of Guatemala involving a number of related matters,” Smith explained.

He said that Sarstoon Island, which lies in the Sarstoon River that divides Belizean territory from that of Guatemala, was recognized by the 1859 Anglo-Guatemalan treaty.

In his interview last week with reporters, Foreign Minister Elrington spoke of Belize going to the ICJ as if that decision was already made, and spoke as if though the May 25, 2015 amendment to the December 2008 compromis between Belize and Guatemala did not speak of a referendum.

Rogers has taken the Foreign Minster to task for his “Freudian slip” in talking about going to the ICJ and neglecting to say that that decision has to be made by the people of Belize and Guatemala in a referendum.

Rogers said, “We listened to it, too. We heard what he said. He’s talking like it’s a done deal, hence the reason for this press conference, because we want to wake up Belizeans and make them understand that this thing is not a done deal.”

“So the VIP had made the point from 2008 when the compromis was penned, that you know what, this thing was done in secret and nobody consulted us. Because, had they consulted us, the referendum question would not have included land and insular territory, it would have stuck to what the British/Guatemala or Anglo-Guatemalan dispute settlement was all about, monetary compensation,” Rogers declared.

The VIP said that they are planning a demonstration on the issues of the removal of the Foreign Minister and the construction of the Forward Operating Base, and that the petition that they are circulating is available on-line at their website.