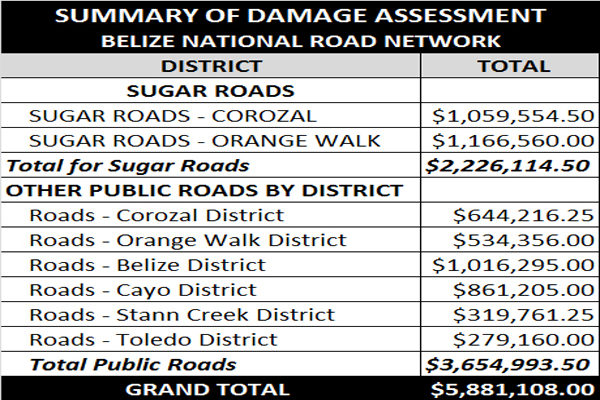 Official information released to our newspaper tonight by Chief Engineer Lennox Bradley confirms that the damage to the country’s infrastructure, caused by the incessant rains over the past two months, has been substantial.

Figures provided to us put the tab at $5.88 million, including $2.2 million in damages to the country’s sugar roads. Damage to public roads in the districts was reported at nearly $4 million.

Of note is that the figure does not include prior disrepair to the national road network.

Bradley informs us that, “The Ministry has already identified various contractors from the private sector who are assisting the Ministry in completing the works as soon as practically possible. The continued rains have affected the pace of the execution of works; but nevertheless, slow progress is being achieved and we are confident that with the anticipated improvement in weather conditions in January, we will be able to step up the pace to complete the works in a timely manner.”