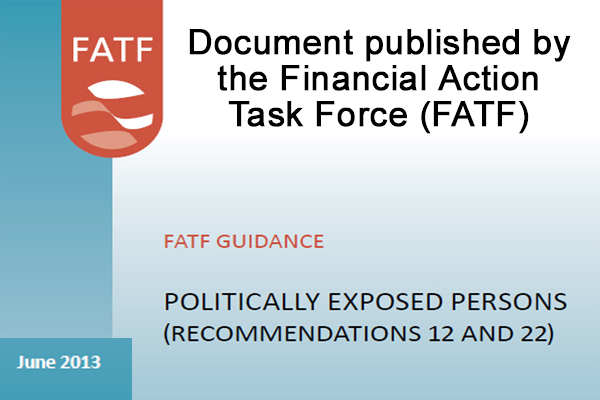 Who could be subject to increased scrutiny of their monetary transactions

At a Special Sitting of the House of Representatives held in early February, Johnny Briceño, Orange Walk Central member for the Opposition People’s United Party, cautioned Parliament that “there needs to be some education” on the bills that had gone to the House for rapid approval, so that Belize could comply with foreign pressure to put into place revisions to its anti-money laundering and counter-terrorism legislation.

Belize is a small nation of about 350,000 people and many people are connected by relation or association, so the legislation would not just cover the 40-odd persons in Parliament.

Belize’s Money Laundering and Terrorism Prevention Act of 2008 has been amended twice – in 2013 and again in 2014, and the scope of persons explicitly regarded as PEPs has substantially expanded.

In the parliamentary discussion on the bills, Prime Minister Dean Barrow said that the definition of “politically exposed persons” is, indeed, in his view unnecessarily wide.

Briceño, he said, had spoken of those not running for office, but who might choose to become officials of political parties – and those persons are also caught in the wide net that is being cast.

“A politically exposed person (PEP) is defined by the Financial Action Task Force (FATF) as an individual who is or has been entrusted with a prominent public function. Due to their position and influence, it is recognized that many PEPs are in positions that potentially can be abused for the purpose of committing money laundering (ML) offences and related predicate offences, including corruption and bribery, as well as conducting activity related to terrorist financing (TF),” said a June 2013 document published by the Financial Action Task Force, titled FATF Guidance: politically exposed persons.

The original Money Laundering and Terrorism (Prevention) Act 2008 says a “politically exposed person” is “any individual who is or has been entrusted with prominent public functions in Belize or in another country or territory.”

The new amendment expands on the list, which stipulates that high-ranking officers in the armed forces, members of the boards of central banks, and ambassadors and chargés d’affaires are explicitly included as PEPs.

Relatives who would also be covered by the PEP law include a spouse, partner, children and their spouses or partners, parents, grandparents and grandchildren, and siblings.

Such persons are subject to financial continuous monitoring for unusual and suspicious transactions at financial institutions.

Last year, the law was amended to expand section 15.d.3 to say that banks should also put systems in place to determine whether potential customers are or are likely to become politically exposed persons, or whether their immediate relative or close associate would become politically exposed – and as such, the same monitoring measures would apply.

As for people with close association to PEPs, who would also be subject to continuous monitoring by financial institutions, they would include any person known to maintain a close business relationship with that person or to be in a position to conduct substantial financial transactions on behalf of the person. So is any person who is known to have joint beneficial ownership of a legal entity or legal arrangement, or any other close business relations, with that person. Persons who front for PEPs by setting up companies for them are also included under the umbrella of politically exposed persons.