Jahrine Courthney Avila installed as 2013 Queen of the Bay 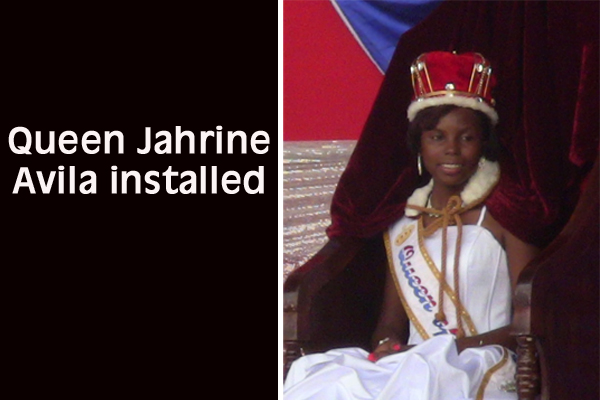 The 68th Queen of the Bay, Jahrine Courthney Avila, was officially crowned by outgoing Queen of the Bay, Yadira Argueta, on September 10, 2013, at official ceremonies to mark the 215th anniversary of the Battle of St. George’s Caye, inside the Memorial Park in Belize City.

Yadira handed over the cape, crown and scepter to Jahrine, who paraded the stage in her regalia before being serenaded with the classic theme song: “Emblem of Freedom,” written by Eloise Humes.

The natural resource management student at the University of Belize—who won the title on Friday, August 30—hails from Punta Gorda, Toledo.

Rita Lewis is the first in the long line of 68 queens.

Roderick Quentin Augustus Pitts created the script for the pageant.