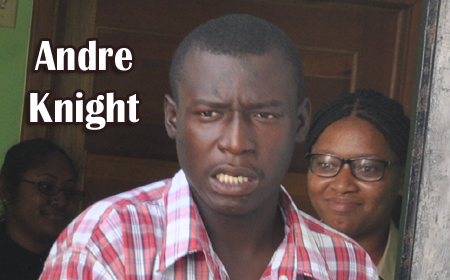 BELIZE CITY, Mon. Feb. 6, 2017–A twenty-five-year-old woman was raped on Friday night in Ladyville and police have arrested and charged a Jamaican man who appeared to be suffering from some form of mental illness.

Andre Knight, 20, appeared before Chief Magistrate Anne Marie Smith, who read a single charge to him.

In court, the prosecutor, Inspector Egbert Castillo, asked the court to first allow a psychiatric evaluation to be done on Knight, who stared blankly at the Chief Magistrate when she asked him if he understood what she had just read to him.

Chief Magistrate Smith agreed with the prosecutor and remanded Knight to prison, and ordered that he be evaluated by a mental health specialist who will determine if he is of sound mind to understand the court proceedings and if the matter could proceed any further.

Knight’s matter was adjourned to February 20, when his evaluation is expected to be completed.

The incident occurred in the early morning hours of Friday, February 3. The woman reported to police that she was leaving a bar on the Philip Goldson Highway when she was attacked by Knight, a resident of Ladyville, who dragged her into some nearby bushes and raped her.

No plea was taken from Knight, because if it is determined that he is fit to stand trial, the case will be tried on indictment at the Supreme Court.