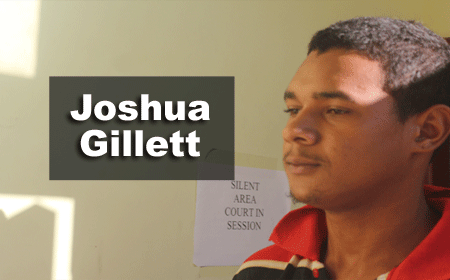 Gillett was also charged with dangerous harm and use of deadly means of harm. Senior Magistrate Ford explained to him that she would not take a plea from him because the offences he is charged with are indictable.

She also explained to him that the court could not consider offering him bail until after 3 months have passed. He was remanded into custody until December 21.

According to the allegation against him, on October 29, Gillett went to James Swazo’s home and shot him twice.