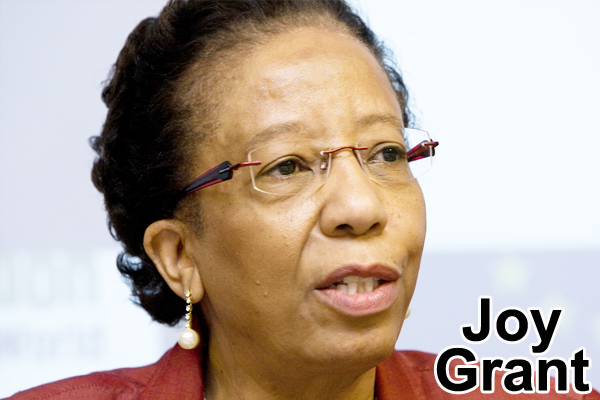 BELIZE CITY, Wed. Sept. 28, 2016–Glenford Ysaguirre, the Governor of the Central Bank of Belize, who was a member of the Super Bond negotiating team in 2012, and who was also instrumental in trying to solve the challenges faced by the country when some U.S. financial institutions severed their correspondent banking relations with Belize’s banks, is scheduled to demit office tomorrow, Friday.

Readers will recall that several international banks, including the Bank of America, severed ties with Belize last year in a process referred to as “de-risking”, which involved a move by US financial institutions to exit relationships with, and close the accounts of, clients considered “high risk” due to their alleged facilitation of money laundering, terrorism and/or crime.

Ysaguirre, who spent the last eight years as Governor of Central Bank after first assuming office in 2008, is leaving at a time when the country is experiencing turbulent economic times.
During his Independence Day address, Prime Minister Dean Barrow announced that the country was experiencing a recession, which is a fall in Gross Domestic Product (GDP) for two successive quarters caused by a decline in trade and industrial activity.

In a letter to Financial Secretary, Joseph Waight, after the government requested from the Central Bank seventy million U.S. dollars which would be used as part of the BTL compensation award, Ysaguirre had written that further payouts in US dollars, as requested by former BTL owner Lord Michael Ashcroft, “would be destructive for the economy of Belize,” especially with a limited foreign exchange reserve.

Readers will once again recall that the Government of Belize (GoB) was ordered to pay $395 million to Dunkeld International Investments Limited, a Michael Ashcroft company, after a three-member Permanent Court of Arbitration handed down its ruling in June of this year for the governmental acquisition of BTL in August 2009.

On Tuesday, the International Monetary Fund (IMF) released its 2016 Article IV Consultation Report on Belize, which warned of worsened economic times ahead.

According to the report, our economy is saddled by “high public debt, large fiscal and external deficits, and declining international reserves.

It further revealed that, “In the absence of a radical change in policies, rigid current fiscal spending, particularly the public sector wage bill, would fuel high fiscal deficits and add to the already high debt burden. This deficit, combined with remaining payments for nationalized companies and increased debt service, would reduce international reserves to uncomfortable levels.”

Its recommendations include an increase in GST, a cut in government’s wage bill and a retrenchment of government workers.

At a time when the country is saddled with an economic crisis, Ysaguirre is making way for Joy Grant, who is seen as a favourite of Prime Minister Dean Barrow.

After completing high school, Grant worked for a year at Barclay’s Bank and then moved to Canada to pursue an undergraduate degree in commerce and a Master of Business Administration in International Finance from the University of Alberta.

Grant later moved to Barbados, where she worked at the Caribbean Development Bank on economic development projects for several Caribbean countries.

Eight years later she would relocate to Washington, DC, where she would begin working at the Belize Embassy.

From 1989 to 2001, she served as the executive director for Programme for Belize and between 2001 and 2005 she served as managing director of The Nature Conservancy Worldwide Office in Arlington, Virginia.

In November 2008, following the United Democratic Party’s success at the polls, she would be appointed the Ambassador Extraordinary and Plenipotentiary of Belize in Brussels, Belgium, accredited to the European Communities.

Four years later in 2012, during Barrow’s second term as Prime Minister, she would be named a government senator so that she could be appointed as Minister of Energy, Science & Technology and Public Utilities in his Cabinet.

Earlier this year, she was appointed the director of the Financial Intelligence Unit (FIU), replacing former director Eric Eusey, who demitted office after serving for the previous two years.