Junior tennis on the rise 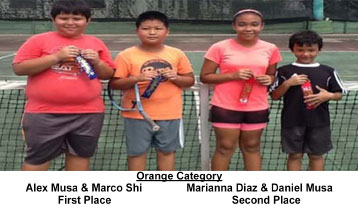 It is rewarding to the BTA and parents to see the improvement of the children each time they take to the courts for competition. Thanks to the coaches and parents for their support.
Keep on playing, juniors!!
– press release –