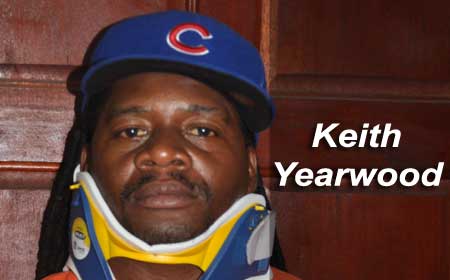 The self-employed taxi operator was in his car with his teenaged daughter when he allegedly was pulled out of his car by his dreadlocks. The vicious officers even ordered his daughter to come out of his car at gunpoint, despite his protest to them that she is a minor, according to Yearwood.

Inspector Fitzroy Yearwood’s younger brother alleges beat-down by GSU in front of his teen daughter and son, “for no reason”

The 39-year-old, a deportee who has reportedly been a model citizen, has not been in trouble with the law since he was sent home from New York City in 2013. But being law-abiding did not save him from the physically painful experience, and the humiliation on Thursday.

Yearwood told us that the incident occurred about 8:50 p.m. He and his fifteen-year-old daughter were in his Toyota taxi traveling on Mahogany Street when a group of officers emerged from two GSU vehicles and pulled him over in the vicinity of Tow Tow Grocery Store.

“Just before exiting the car, I was dragged out by members of the Gang Suppression Unit by my hair, and my daughter was ordered out of the car at gunpoint,” Yearwood explained. 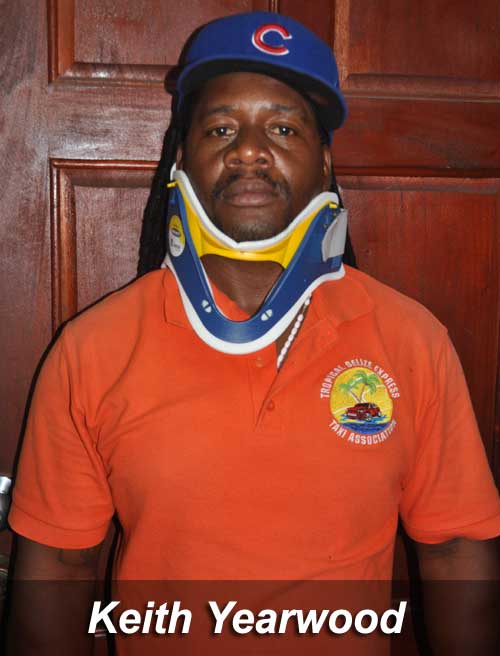 “When they asked me who was in the car with me, I told them my daughter. They said they don’t give an ‘F’,” said Yearwood.

Yearwood said that after the incident he went to the Racoon Street Police Station and got a police medico/legal form and went to the Karl Heusner Memorial Hospital, where he was seen by a doctor who classified an injury to his neck as harm.

“But I have not pressed any charge as yet. I am waiting on my attorney,” he said.

Amandala asked Yearwood what the police told him before they dragged him out of his car.

“Upon being dragged out of the car, I asked them why I was being searched. One of them replied, ‘What happen, the police can’t search you?” he said he was told.

“They took turns at beating me. It was four of them, and I thought that the beating was never going to end. They asked me my name and age, and what I do, and a crowd of people had gathered around. Then the beating stopped,” Yearwood said.

“You were not taken down to the police station and questioned about any particular crime? They just beat you like a dog and left you there,” Amandala pressed Yearwood.

“After they took down my particulars, I was expecting to be charged for something bogus to justify the cause for them pulling me over, but absolutely nothing like that happened,” said Yearwood.

Yearwood explained that in 2014, he was a guest on the Dickie Bradley show on Channel 5, and one of the topics that were discussed was the police, and the community.

“I criticized the GSU for their methods on that show. I am pretty sure they still hold that against me,” he said.

Initially, after being deported Yearwood had to report to the police. Later on, he had to check in with the GSU. We asked him if he thought that his being a deportee made him a target.

“Even the Prime Minister’s son is a deportee, so I don’t think that should make me a target of the GSU,” he remarked.

“You have incurred medical expenses because of this beat-down by the GSU. Can you give an idea of what this has cost you,” we asked Yearwood.

He explained that he is incurring medical expenses beginning with the $400 neck brace which he has to wear because of injury to his neck.

Yearwood told us that he is worried about the psychological effect that the incident will have on his daughter. He confirmed that he will take legal action against the GSU officers who brutalized him for no sensible reason, in front of his innocent daughter.