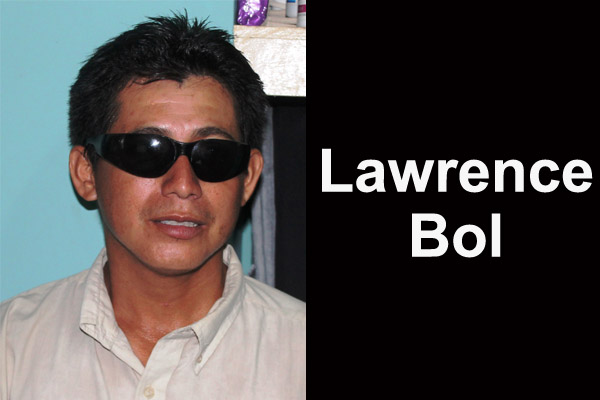 Couple loses firstborn; hospital has no answers for the death

It seems that even after thirteen infants died during the first 20 days of May in the Karl Heusner Memorial Hospital (KHMH), with seven of their deaths being caused by an outbreak of an enterobacter cloacae infection in the neonatal unit, tragedy and controversy continue to stalk the nation’s premier public health institution.

A grieving couple from the Toledo District, Lawrence Bol, 31, and Elvira Ak, 30, are confused as to what could have caused the death of their newborn baby girl over the weekend at the hospital.

Ak said that she went to the KHMH on Friday, July 12, to have her baby. Her water bag had broken only 33 weeks into her pregnancy. Her due date was some time near the end of August. She had her baby through cesarean birth around 8:00 p.m. on Friday.

Ak said that her baby weighed four pounds, three ounces at birth, but she was told by the nurses that her baby was healthy. She said that the newborn was checked and they were told that everything was functioning properly.

The couple said that the baby was breastfeeding and responding to their touch. Nothing seemed wrong with the baby while they had her in their arms, so they were surprised when they were told by the nurses that the baby had to be taken to the intensive care unit to be breastfed.

Ak said she was eventually told that the baby had to be taken to the unit because the baby needed a blood transfusion, but she didn’t have the same blood type as the mother.

Ak said she went to see her baby in the unit and she seemed fine and was feeding well. Ak expected that she would have been discharged and would be able to take her baby home. Unfortunately, that was not the case for the excited parents.

If that news wasn’t enough for the parents, Ak said the doctor told her that he didn’t know what the cause of the child’s death was, so he didn’t know what to put on the death certificate. The only information the couple was given was that the baby was found blue in the cradle and that they would have to await the results of the post-mortem.

Bol, the heartbroken father, said that he has been continuously checking in at the hospital on the results of the post-mortem but hasn’t gotten any information as yet. He said that the entire situation has been shocking and painful for him.

Bol said that being told without an explanation that his baby has died is a devastating experience. He said his baby was fine when he last saw her on Saturday night, and he really needs to know what happened after they last saw her, that could have caused her death.

In addition to reaching out to the public for whatever type of support they can get, Bol said that he has been to the Office of the Ombudsman because he wants justice for his baby. He was told at the office that they would try to find out what happened and get back to him.

So far, the family has been given a $500 bill from the hospital, but that only refers to Ak’s admittance. They have not yet received the bill for the treatment of the baby.

Bol is frustrated by the fact that they still have no answers for his baby’s death. The baby was the couple’s first child.

Amandala was told that the KHMH will be giving comments after the post-mortem is conducted.