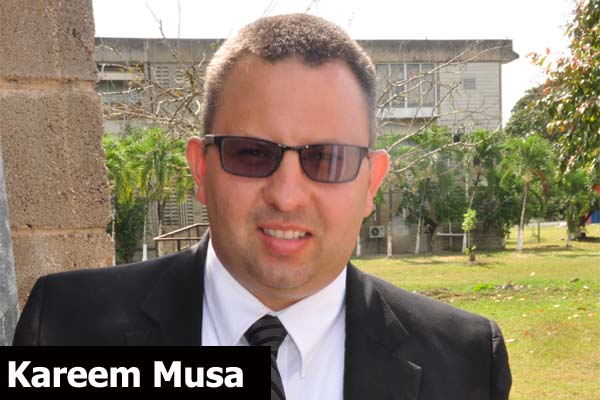 Almost thirteen months ago, on April 1, 2013, a baby died in the Karl Heusner Memorial Hospital Neo-natal Intensive Care Unit (NICU). That first death was followed by the deaths of twelve other newborn babies who died in the NICU before authorities realized that they had a major problem on their hands with an outbreak of enterobacter cloacae, a bacterial infection.

Since those newborn deaths at the nation’s premier public hospital, no one has been held accountable. But five of the mothers of the dead babies, through their attorneys, are attempting to hold the board of governors of the KHMH accountable in a claim filed at the Supreme Court on March 28, 2014, seeking damages for their wrongful deaths.

Attorney Kareem Musa told Amandala today that the five women, on whose behalf their law firm has filed the claim, were brought in by Yolanda Shackron, the president of the United Women’s Group, about one year ago.

The five women who have filed the lawsuit are Marissa Cruz, Katricia Panting, Nichole Grinage, Kelsey Young and Georgiana Hernandez.

Since the attorneys began working on the claim, however, they have written to the KHMH requesting the medical records of the five women, but the hospital has not complied with the request. In fact, they have not even bothered to answer the attorneys’ correspondence.

“There has been absolutely no response from the KHMH,” Musa said, “We have given them time. But, in my opinion, they have deliberately not given us the medical records.”

Musa said that in the instances of fatalities, there is a one-year period to file the claim. He said that initially, some of the women were invited into the hospital to hold discussions, but nothing came out of those discussions. And they were actually billed by the hospital after the deaths of their babies, Musa said.

According to one of the 10 statements listed on the claim, “The children’s deaths were caused by the negligence of the defendant (KHMH) in failing to maintain a proper and effective system and procedure to prevent, control, detect and treat in a timely and efficient manner the outbreak of the bacterial infection which occurred in the NICU at the hospital.”

The “Particulars of Negligence” lists eleven points. Among the points are: “The Infection Control Committee (ICC) at the hospital was at all material times ineffectual and the Infection, Prevention and Control program at the hospital was lacking in any surveillance process, implementation or direction; a section of the NICU was used as a storage room with piles of empty boxes. The air ducts contained mold and other environmental contaminants; there was no preventive maintenance program for the sterilization equipment; and intravenous medication syringes were used for several patients up to a 48-hour expiry date which constituted a high risk of contamination.”