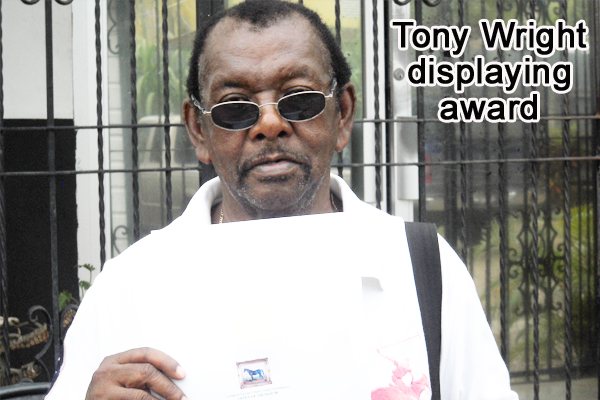 The award was presented on December 14. Wright said that he is happy and proud that his efforts in promoting Belizean music on KREM Radio has been recognized, not only locally, but internationally, and he will continue to promote and showcase Belizean music.

Wright said that Gray went on the Internet when he heard of him, and was impressed with the work he was doing.

Mayor Gray invited him to travel to Lexington to entertain the citizens of that city, Belizean style, later this year. Wright also said that a music festival will be held in Lexington later this year, featuring artists and groups from the Caribbean, and Belize will be represented. Among the musical forms that Belize will showcase will be the Punta. Wright said that he is excited and looks forward to these events with eagerness; it will be an occasion for local artists to display their talent, he said.

The program Belizean Musicians Past and Present, which is hosted by Wright and JC Arzu and was recognized as a medium for the promotion of Belizean artists, will be celebrating 18 years running, and this is an achievement of which Wright is also proud. The 18th anniversary of the program will be on Saturday, February 2.

Wright urges local artists to step up, join, and become a part of the Association of Belizean Artists First; their talent will be given exposure on KREM Radio, said Wright.