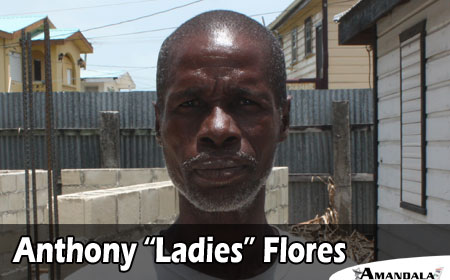 Ladies came to Amandala today, and reported that that he has been working out on the beach sands in Dangriga, and now possesses the endurance and stamina to punish and defeat the competitors, and has declared himself the winner.

The veteran runner said that he has been running for the past 15 years, during which he has been achieving second and third place, but he will dominate this race and achieve first place in this upcoming race.

Flores said that on Saturday morning, the race will commence from Old Belize at Mile 5 on the George Price Highway, and will make its way to Central American Boulevard, left over Belcan Bridge, and left into the Philip Goldson Highway, and conclude at Price Barracks, which will be a distance of about 15 miles.

Ladies said that there are tough contenders who will be running against him, some of whom are Mark Godoy, Sr., Sebastian “Sabe” Nunez, and “Journey,” among others, but he is confident that he will beat all of them.

Flores said that after this BDF Race, there is one more race he will be working out for and that is the Placencia Race, to be held in December in Placencia, after which he will resign from competitive running. He said that many factors caused him to come to this decision, some of which are lack of financial support and sponsorship.