Ladyville mechanic gets six months for shooting at cop 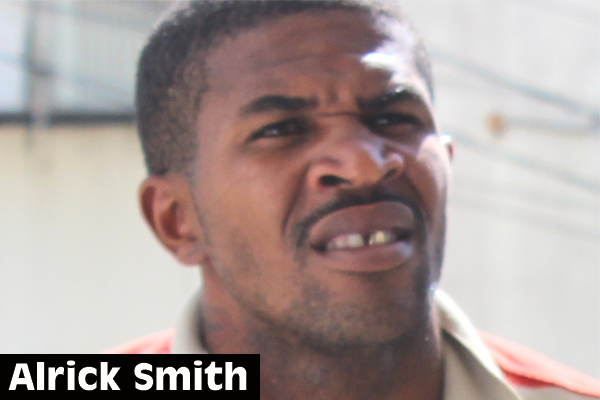 A Ladyville mechanic, who has several cases pending and was not present in court when one of his cases concluded, learned that he was found guilty in absentia when he appeared before Senior Magistrate Sharon Frazer, who sentenced him to six months in prison, on Tuesday.

Alrick Smith, 29, expressed surprise when Frazer told him, “I have found you guilty in absentia of aggravated assault. Is there anything you would like to say before I pass sentence?”

Smith, looking confused, declared: “I was present for all of my adjournment and spoke at all the cases.”

Well, you were not here when this case finished, and the court cannot wait on you, Frazer informed him.

“According to the evidence that I heard, I must tell you that I am satisfied that you are guilty of the offence,” Frazer continued.

The Senior Magistrate told Smith that pulling a gun at a police officer is a very serious offence. “Therefore I am not prepared to give you a fine and let you walk out of here. I am sentencing you to six months in prison,” she declared.

Smith, who was out on bail, had failed to show up for his adjournment and when his bail was revoked on January 30, 2014, he was taken to prison.

The aggravated assault charge for which he was found guilty occurred on May 11, 2011, in Isabella Bank.

According to the evidence presented in the case, Smith fired a shot at Police Constable #871 Norman Anthony, but missed. At the time of the incident, Anthony was attached to the Bermudian Landing Police Station.

In his testimony, Anthony told the court that he was at the police station in Bermudian Landing when he got information about a cattle theft that was taking place in Isabella Bank. The cattle thieves were travelling in a van and while on his way to Isabella Bank, Anthony received additional information that the van was parked behind the school at May Pen, and three persons were chasing sheep belonging to an area resident.

But when Anthony reached the area where the van was said to be parked, he saw it moving out.

When Anthony saw the van moving, he took out his police issued 16-gauge shotgun and fired a warning shot.

The van did not stop and the cop pursued it, catching up to it when it reached Isabella Bank. It was then that Anthony managed to shoot one of the tires on the van, bringing it to a stop.

After the van stopped, the driver, whom Anthony said he recognized as Smith, a man he has known for about two years, ran out of the van and into the nearby bushes.

Smith, Anthony said, put his hand in his pocket and pulled out a handgun and fired a single shot at him.

In his defence, Smith placed himself at the scene of the incident, but denied that he fired the shot at PC Anthony. Smith said he was sitting in the passenger side of the van and that there was no way that Anthony could determine whether it was he who had fired the shot.