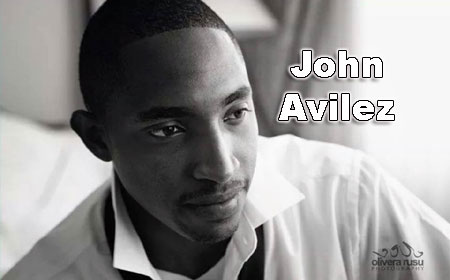 Wednesday night ended with eight people being shot, three fatally, in about six and a half hours. The last murder was that of John Avilez, 26, of Angel Lane.

Avilez and three of his friends were relaxing near a house on Handyside Street at about 9:15 last night when a vehicle drove up from North Front Street into Angel Lane, opposite St. Mary’s Primary School.

The vehicle stopped opposite where the men were, and then a gunman exited the vehicle and began shooting at the men. The gunman fired about 15 shots, after which he got back into the vehicle, which sped off.

As the echoes of the gunfire faded, Avilez slumped to the ground. He had been shot twice – in the chest and in the right arm.

John Avilez died at 10:25 p.m. while undergoing treatment at the Karl Heusner Memorial Hospital (KHMH). Nigel Ferguson and Mark Alamilla remain at the KHMH in a stable condition, while William Savery is in a critical condition.

Avilez’s older brother told Amandala in an interview this afternoon, near the scene of the murderous shooting, that he was at home last night when John came home from school. He had just arrived in his car, and he had gotten out and had begun to talk to three of his friends, who were relaxing near the vegetable shop by their house, when the vehicle drove up.

The grieving brother said that his brother’s car engine was still running when the gunfire erupted. He rushed downstairs to the street, where he saw his brother and the three injured men. He quickly rushed his brother to the KHMH, where doctors worked to save him, but he died shortly after.

The brother said that Avilez was not a gang member, and was attending the University of Belize. He was shot near his house talking to his friends. What are people to do now if they can’t socialize outside their homes, lamented the brother.

Avilez’s brother and the rest of his family are devastated by his death.

A resident of the neighboring Majestic Alley said that she was at home with others when they heard multiple gunshots and saw a man (Alamilla) run through the alley and fall down. People who went to see what was happening saw that he had been shot in the leg. He was then taken to the KHMH.

Many said that John Avilez was not a gang member, but a UB student who was friendly to the neighbors, and had been living in the Majestic Alley area from his infancy.

Many agreed that the attack on the four men was a senseless act.

Police have several men in detention, but none have been charged as yet for the deadly shooting.

Word to us tonight is that Mark Alamilla, shot in the left upper leg, has been released from the KHMH.