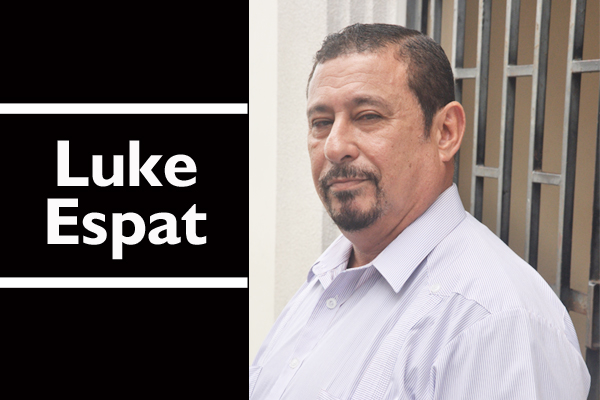 Submissions were made this morning in the Court of Appeal in an application by businessman Luke Espat to appeal the Supreme Court decision of last November, when Justice Courtenay Abel ruled that Espat owes the Belize Bank $29.4 million for loans that he had personally guaranteed for his companies that have subsequently gone into receivership.

When the court delivered its ruling in the afternoon session, the three Appeal Justices denied Espat’s application for leave to appeal the lower court’s decision.

The refusal of the Court of Appeal to hear an appeal from Espat effectively leaves him on the hook for $29.4 million to the Belize Bank.

Outside the courtroom, Said Musa, S.C., Espat’s attorney, after having made submissions that had been heard by the judges, commented to the media, “What Mr. Espat has been saying all along is that he signed the guarantees long after the loans were incurred by the companies, that he had a group of companies and that he was in partnership with principals of the Belize Bank with the Port; the Port was the main company involved in this matter.”

Musa added, “The president of the bank made certain representations to him to sign the guarantees: ‘We won’t hold you liable, it’s just to satisfy the Central Bank.’”

According to Musa, the proper management of the receivership of the Port of Belize “may come up in a different case on whether or not Mr. Espat should have lost his port in the manner that he did.”

Espat told reporters that “there is law, as it is literally interpreted. And there is the reality of the agreements that made whatever possible in the development process of what we were doing.”

Espat went on to comment that “when the pressure comes down, everybody grabs their marbles and run.”

“And I think this is a typical case of what happens under this regime. The principal income earner is the Port of Belize. That is still existing, and still earning,” Espat offered. He added, “the difficulty of law is hard to prove unless we have the opportunity for a trial.”

Attorney for the bank, Godfrey Smith, S.C., however, said that that is the end of the matter. “Mr. Espat’s application for leave has been dismissed, with cost,” he said.

Smith said that for Espat and his attorneys to have succeeded with the application, “they would have had to prove that the judge made an error of law in the judgment, or that the point of appeal they were trying to raise is of such great public importance that the Court of Appeal should hear it.”

In his judgment, Justice Abel wrote: “In my view, there are clear indications of the defendant’s lack of bona fides in his defense. These indications are firstly, the defendant’s lack of forthrightness in directly admitting that he signed the guarantees. Secondly, the raising of facts and matters which cannot be pursued in the present proceedings (as they are collateral to the present claims.)

“Finally, the inclusion of or reference to parties who or which are not parties to the present proceedings for the just disposal of the facts and matters which the defendant has raised, and therefore the matters concerning them cannot properly be resolved by the court.”