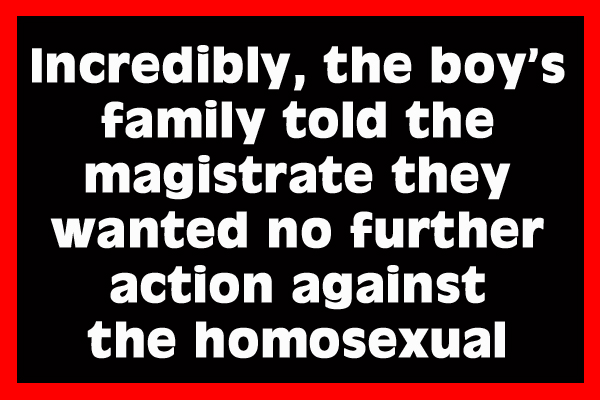 In court today, however, the family of the victim told the court that they wanted no further action against Daniel, and the Magistrate withdrew the charges against him and he walked out of court a free man.

Police say that at about 7:30 Saturday night, a 14-year-old boy of Corozal was at home alone when a man known to him as “Daniel” entered the house, took off his pants and showed the boy his private parts.

Daniel reportedly advanced towards the boy and told him, “You like boys, right?”

The minor, according to what he told police, answered, “No”.

Daniel allegedly then threw the boy on a chair, where he first struggled with the youth to try to take off his pants.

The boy struggled, however, and managed to free himself, and he ran into the bedroom, but Daniel followed him, grabbed him, threw him down on the bed and struggled with him to take off his pants.

Daniel’s evil intentions were disrupted, however, when someone came to the house and knocked on the door. Daniel quickly put on his pants and ran out of the house.

Police report that Daniel entered the residence without permission.

When the mother arrived home, the boy told her what occurred and they both went to the police and made a formal report.

Daniel was found on Saturday and was taken into custody, where he was detained until today when he was taken to court.