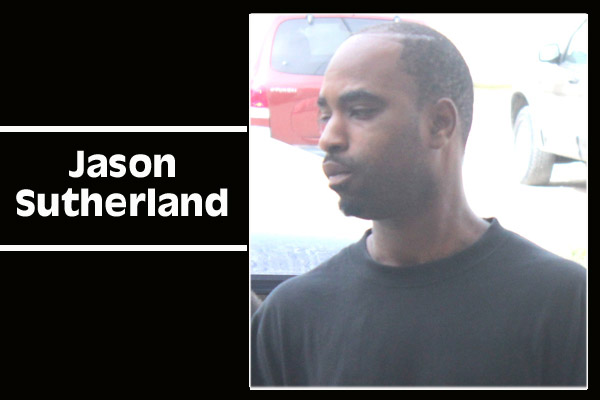 A Belize City man who said he is employed as a security guard for a Minister of Government, but who failed to identify which minister he supposedly works for, pleaded guilty to possession of 5 grams of cannabis, when he was arraigned on a charge of possession of the illegal drug before Magistrate Dale Cayetano today.

Cayetano fined Jason Sutherland, 26, $250 plus $5 cost of court after he told the court that he had nothing to say for himself in mitigation. He has until September 30, 2014, to pay his fine; if he defaults, he will have to serve six months in prison.

Sutherland’s brush with the law came yesterday, Thursday, when police in a mobile patrol unit saw a Geo Prism going contrary to the flow of traffic on West Collet Canal Street and intercepted the vehicle.

PC Dale Santos stopped the vehicle and told the driver, identified as Sutherland, that the police would search him and the vehicle for illegal drugs and firearm.

According to Santos’ statement that was read in court, when he informed Sutherland that he would search him, Sutherland pushed his right hand inside his pocket and pulled out a transparent plastic bag which contained suspected cannabis.

Santos reported that he immediately took possession of the plastic bag with the suspected cannabis and read Sutherland his rights before taking him to the Queen Street Police station, where the drug was weighed in his presence and amounted to 5 grams.