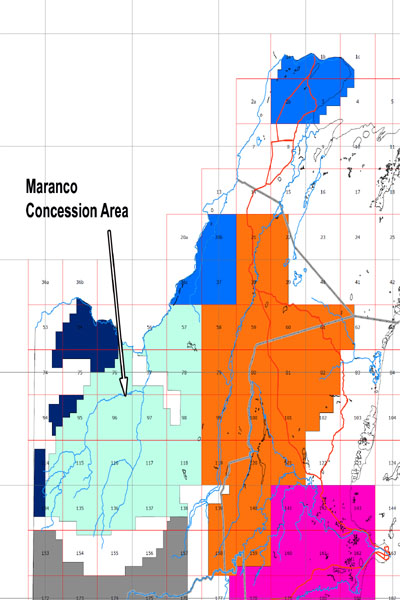 Tests commence to see if the oil is commercial

The Ministry of Energy, Science and Technology, and Public Utilities confirmed on Tuesday that oil has been found in Orange Walk by Maranco Energy Belize Limited, headed by Paul Marriott, a former director of Belize Natural Energy.

CEO in the Ministry Dr. Colin Young told Amandala that the find was made in the Laguna Seca area, a privately owned property; however, further tests have to be done to determine whether the find is commercial.

An official release from the ministry said that on March 30, 2013, Maranco discovered an encouraging oil show at the South Canal Bank #1 exploration well, in their concession area in the Orange Walk District.

Two years ago, in April 2011, our newspaper had reported on a decision by the Barrow Administration to grant an oil contract to Maranco in northwestern Orange Walk, in an area that includes Gallon Jug. The contract, we understand, calls for 10% royalty, plus production sharing revenues of 15% to 40% based on production ranging from 0 – 5,000 barrels of oil a day to over 30,000 barrels a day.

The company reports in a recent news item dated April 2013 that it was awarded a production sharing agreement on May 3, 2011, for 378,565.47 acres or 1,532 square kilometers in northwestern Orange Walk, with an initial exploration period of two years and three renewal periods of two years each for a maximum of 8 years. According to Maranco, drilling at South Canal Bank-1, its second exploration well, began the first week of March 2013.

The Belize Government says that further tests are necessary to determine the commercial potential of the oil show, and the staff from the Geology and Petroleum Department is onsite, closely monitoring the situation.

CEO Young said that three appraisal wells can now be drilled to determine the proven petroleum reserves of the area. If the company wants to pursue commercial production, though, it will first have to prepare and submit an Environmental Impact Assessment (EIA), he added.

There are two other companies doing exploratory work on their oil concession areas: New World has drilled two wells in the Rio Bravo area, said Young. While the first was dry, he said, the company is still pushing to the ideal depth at the second well site with the hope that it will find oil.

US Capital Energy, which hopes to drill exploratory wells this year, is experiencing some delays in southern Belize, Young added.

The Ministry of Energy, Science and Technology, and Public Utilities has undertaken to provide an update to us within a fortnight, or as soon as new and additional information is forthcoming.