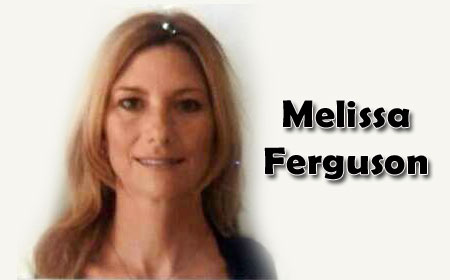 It is difficult to determine Ferguson’s age because the age stated on her Belize driver’s license, which lists her as being 56, is inconsistent with the information in her Canadian passport, which suggests that she is actually 48.

Shortly after 11 a.m. today, Monday, Ferguson (it is not known whether she is Belizean or Canadian), joined by her attorney Dickie Bradley, turned herself in to Belmopan police.

Ferguson, also known as “Mila Mason,” was listed as a person of interest by investigators five days after the head of Pastor Llewelyn Lucas, popularly known as “Pastor Lue,” was discovered wrapped and stored in a bucket in the pan of her boyfriend’s vehicle. The vehicle was parked almost three blocks away from the former Barrio Fino bar in Belmopan at around 8:30 p.m. on July 15.

When Amandala spoke with Ferguson’s lawyer, Bradley, he remarked, “It is highly unlikely that she will be charged.”

According to Bradley, on the evening of Friday, July 15, Ferguson confirmed that Pastor Lue had indeed visited her home on Intelco Hill, but she insisted that he had left unharmed.

Bradley further claimed that Ferguson was at her home on Intelco Hill when police came and retrieved the keys for the pan of Mason’s car.

However, at a press conference held by the Ministry of National Security, police, following the discovery of Lucas’ head in Mason’s vehicle, had claimed that the window on the driver’s side of Mason’s Ford F-150 had to be broken so that they could gain access to the inside in order to retrieve the key to open the pan.

Though police had issued a warrant for Ferguson’s detention, Bradley told Amandala that she, “didn’t leave the country … she was always in the country …”

Finally, Bradley told Amandala that Ferguson had made arrangements to turn herself in to police since last week, but because of Hurricane Earl, police had requested that they reschedule her surrender.

At this time, Ferguson remains in police custody. She has not been charged for anything as yet.

Facebook
Twitter
Pinterest
WhatsApp
Print
Previous articleWilliam Mason speaks to Amandala from prison
Next article3 women invade woman’s house and put bad beating on her – in front of her children!