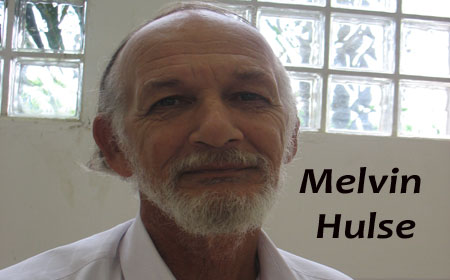 BELIZE CITY, Thurs. June 25, 2015–On Monday, an audio recording of an extended rant by United Democratic Party (UDP) standard bearer for the Stann Creek West constituency, Melvin Hulse, also known as “The Flipping Minister” during his time as a Minister, surfaced in the public arena.

In the almost half-an-hour-long recording, done surreptitiously by some trusted person who was listening to him, Hulse attacked his Leader and Prime Minister, Hon. Dean Barrow, in a relaxed manner, severely criticizing him about bye-elections spending and other matters that were described as libelous by Barrow, who threatened the media with a lawsuit if they reproduced or repeated Hulse’s more sensational allegations, especially the reason for the spending of what has been presumed by some to be Petrocaribe money.

This evening, however, three days later, a 189-word release from the UDP Secretariat announced that Melvin Hulse had resigned as the UDP standard bearer for the Stann Creek West constituency.

The resignation statement attributed to Hulse was unsigned.

In his press release on Monday, issued from the Belize Press Office, Barrow, speaking both as Prime Minister and the UDP Leader, had said: “He [Hulse] will have to explain this to the public, the Party and his constituents, and he will have to apologize to me. He will also have to suffer the consequences, both politically and legally, for his actions.”

Hulse, the politician who had been known for always speaking his mind, even if it offended other persons, had indeed retracted his remarks, saying that the statements were “totally untrue.”

“I knew it could not be true even when I said it,” he said. According to Hulse, he was “upset and disgruntled” at the time.

So, were all Hulse’s statements untrue?

How much, in reality, did the Barrow administration spend in its efforts to capture the vacated Dangriga seat in the upcoming bye-election on July 8?

What were the real reasons behind the resignations of two PUP area representatives, Joseph Mahmud and Ivan Ramos?

Did Hulse retract his statements to avoid the legal backlash threatened by the Prime Minister?

Was Hulse given the option to save face by resigning, or face being kicked out of the UDP?

Amandala attempted to speak to Hulse, but we were unable to reach him to get his comments on his strange-sounding resignation letter in the wake of his damaging remarks about the UDP and its Leader, Prime Minister Dean Barrow.