Mexican charged with being a prohibited immigrant 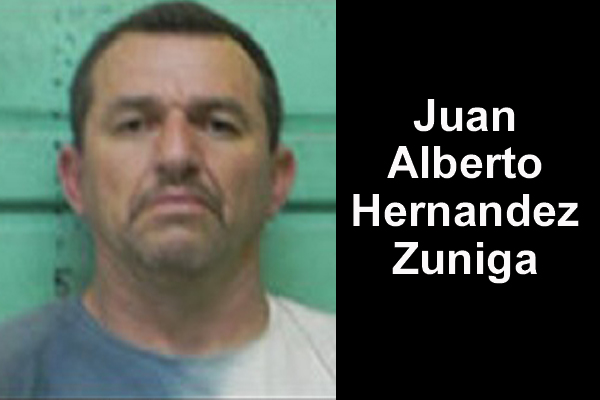 A Mexican, Juan Alberto Hernandez Zuniga, one of two men who were acquitted of gun possession charges at the Corozal Magistrate’s Court yesterday, has been returned to his country after he pleaded guilty to being a prohibited immigrant.

Zuniga was ordered by the Corozal Magistrate’s Court today not to return to Belize for the next 6 months. He was also ordered to pay a fine of $1,000, to be paid forthwith, or serve 5 months in prison.

Zuniga paid the fine immediately and he was taken to the northern border by officers of the Immigration Department.

Police said that on Sunday, May 11, Zuniga and another man were arrested and charged with firearm and ammunition possession without a gun license after police pursued a vehicle out of which a 9mm pistol and three magazines loaded with 13, 14, and 15 live 9mm rounds were thrown.

Further searches of the area were conducted and another 9mm pistol was found, and also, another magazine loaded with (13) 9mm rounds.

Zuniga was taken to the Corozal Magistrate’s Court yesterday, but the case against him fell apart because the police were not able to link him to the guns and the ammunition because they were not found on him, or with him.

Police then handed him over to the Immigration Department, who charged him with being a prohibited immigrant.

Facebook
Twitter
Pinterest
WhatsApp
Print
Previous articleIdeas and Opinions – Forward to the Elected Senate
Next articleChinese couple get their trial expedited, and pay a hefty sum