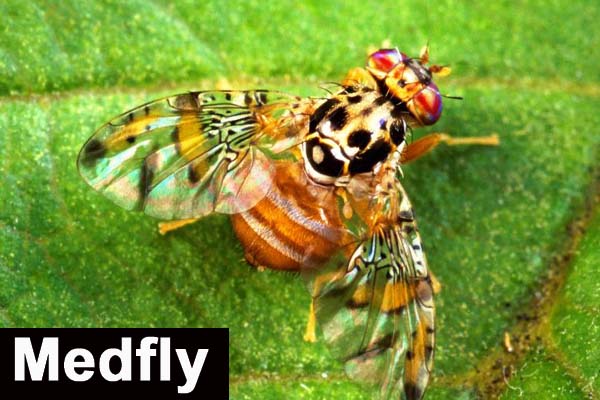 This week Belize is hosting the Tenth Undersecretary and Vice Ministers of Agriculture Meeting from August 12 to 14, 2013. The meeting is an annual gathering in which Guatemala, the United States, Mexico and Belize work at reviewing and approving the operational and financial work plans of the Regional Mediterranean Fruit Fly Program.

During this meeting, Belize and the Unites States Department of Agriculture signed a bilateral cooperative agreement to strengthen our Medfly program with the objective of maintaining our medfly- free status and preventing the northward movement of this pest into Mexico and the United States.

Medfly Coordinator in the Ministry of Agriculture, Hernan Zetina, told Amandala that this is the first time that the event is being hosted in Belize and they took the opportunity to sign a bilateral agreement between the United States Department of Agriculture and Belize in order to formalize the assistance that the USDA provides to monitor and control the medfly population, which has been detected over the last two decades mainly in southern Belize. Zetina said that Belize has always had support from the USDA, but a cooperative agreement has never been signed. Initially, a Memorandum of Understanding was signed in 1976, but now the Ministry has signed a formal agreement in an effort to keep Belize free from the Regional Mediterranean Fruit Fly.

Zetina also told Amandala about what the medfly is and what the implications of its presence are for the agricultural sector in Belize. He described the Mediterranean Fruit Fly as one of the “worst agricultural pests” which causes serious damage to crops by laying its eggs under the skin of the fruit, particularly where the skin is already broken. It takes about three days for the eggs to hatch and for the larvae to develop inside the fruit. The fly’s eggs, after developing into larvae and eventually into worms, end up destroying the fruit.

This undoubtedly has an adverse effect on the market for that particular fruit, not only because of the fact that the global fruit trade can transport infected fruit over thousands of miles, but more importantly because a country can lose its entire market for the fruit on account of this invasive species. For example, Zetina said that if the fly would be found in the north of Belize where we are producing papayas for export into the US, then we would immediately lose that market, hence the reason that they have established an internal quarantine in Silk Grass Village in the Stann Creek District in order to contain this fly in Southern Belize and prevent its movement into the north.

He told us that the Medfly was first detected in Belize in 1987 and since then it has been under surveillance, however this year has been particularly active because there have been numerous medfly detections, especially in southern areas such as Hopkins. He said that there have also been detections in the past in the Placencia Peninsula, in Mango Creek and in Punta Gorda in the Toledo District but they have been able to contain the flies in those areas. Therefore, the main effort is presently being focused on the village of Hopkins, where there have currently been the most detections. Zetina also mentioned that the medfly population has never become established in Belize, regardless of the detections.

He also briefed us on the roles that will be played by both the US and Belize in terms of the agreement that was signed by saying that the agreement will now make it easier for the USDA to provide technical as well as financial assistance to Belize whenever emergency situations arise, such as the present one in Hopkins, where they had to place an internal quarantine because of the medfly. The USDA will be providing materials for trapping the flies and specialized equipment for spraying. Belize’s responsibility will be simply to maintain our medfly-free status and the USDA will assist us to contain and/or eradicate the unwanted pest.

The meeting concludes with a field trip on Wednesday.