Mother of 2 fired from IBC Registry 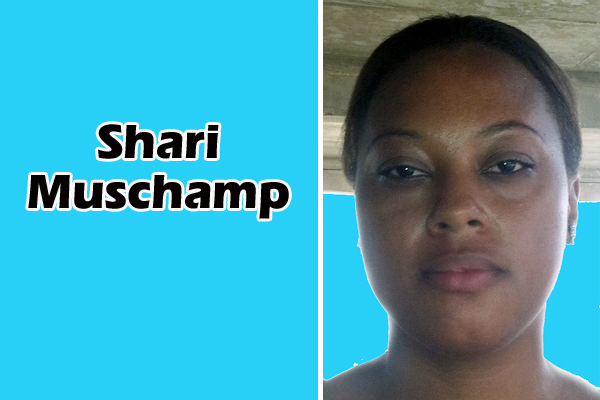 Neither Government nor BISL want to pay maternity benefits

Shari Muschamp, 27, a mother of two children, the second being only three months old, found herself unemployed while on maternity leave—caught in the crosshairs of a multi-million-dollar legal dispute between the Government of Belize and Belize Investment Services Limited (BISL) – the former managers of the International Business Companies (IBC) Registry and the International Merchant Marine Registry of Belize (IMMARBE).

Muschamp told us that since she has been unjustly terminated and denied maternity benefits, she has been unable to provide for her children and has been living with relatives until she can get back on her feet.

Her maternity leave has ended and when Muschamp showed up to work on Friday morning, November 22, security escorted her off the premises of the Marina Towers. Tearfully, the jobless mother told us that she has been demoralized by news that neither the Government nor BISL would take responsibility for paying her maternity benefits.

Muschamp, a receptionist, said that she had worked at the IBC Registry for about 5 years. She got the shock of her life, however, when she visited the Social Security Board back in August to claim maternity benefits, after an extended 3-month sick leave.

Audrey Matura-Shepherd, Muschamp’s attorney, says her client has suffered discrimination, because only women get pregnant and the problems her client experienced with her thyroid—a condition diagnosed in 2010—only became pronounced during her pregnancy.

During her sick leave, which spanned May to August 2013, Muschamp was told that there were several missing contributions, dating back to 2012 – although her maternity claim endorsed by her employer indicated that she had been continuously employed during her pregnancy.

Muschamp said that while she was paid her maternity grant of $300, she was denied her weekly maternity benefit.

Director-General of the International Financial Services Commission, Gian Ghandi, the legal advisor for the Ministry of Finance and the person in charge of the registries, takes the view that Muschamp was never employed by the Government of Belize and so the Government has no liability to pay her any ‘salary’ or other ‘compensation,’ as Matura-Shepherd has claimed.

Shari Muschamp’s plight made the evening news on Friday, and Muschamp, taking a cue from Gian Ghandi, legal advisor in the Ministry of Finance, that her due date to return to work is Monday, November 25, showed up to work again this morning.

“If this is no longer the position and they are planning a new one, this is good news for me and my children!” Muschamp exclaimed.

After a meeting with management and her attorney, a compromise was reached and she was allowed to return to work. However, Matura-Shepherd said that her client is still really in limbo, and it appears that any new contract with Government would not be retroactive.

Matura-Shepherd said that Ghandi’s assertion that Muschamp is “medically unfit for Government service,” was made although she was not taken before a medical board.

Ghandi told Matura-Shepherd, via letter, that, “In the case of your client, Ms. Shari Muschamp, no offer of employment was made as she was thought to be medically unfit for Government service. Her record showed that she was frequently on sick leave, commencing from January this year and had exhausted her 16 days’ sick leave entitlement on April 11, 2013.”

Ghandi confirmed to Amandala that the Government did not take on Muschamp when they took over the registry on June 11, 2013, because she was deemed medically unfit.

He is of the view that there was no need for Muschamp to appear before a medical board, because she had not yet been taken on as a government employee. He told Amandala that a medical certificate would be required for anyone being taken on by the Government to show that that person is medically fit for government service. Ghandi maintains that the law says clearly that this is a condition for government employment.

Via letter, Muschamp’s former employer raised the issue of her repeated medical absences during her pregnancy. Katherine Haylock, then Deputy Registrar, said in the letter dated May 28, 2013, that on many occasions she had to call Muschamp to see if she could work, because no one bothered to inform her of Muschamp’s absence. She claimed that Muschamp was also advised that under the terms of her employment, failure to report to work for three consecutive days would be deemed voluntary resignation.

Muschamp said that apart from her calling the office, her mom and sister also called at times to inform them of her status; and the Registry knew of her medical challenges during pregnancy.

However, Muschamp denies the allegations. She told us that management took issue with her querying why so many of her Social Security payments were not turned in. She said that she got upset when they told her she had no reason to query; and that is when they accused her of insubordination.

Along with her warning letter, though, Muschamp had received a letter dated May 24, which announced a salary increase and an end-of-year bonus.

Referring to the letter of warning, Ghandi said, in his letter to Matura-Shepherd, that “…this letter shows that even if the Government had not assumed control of the IBC Registry and IMMARBE on 11 June 2013, your client’s days in the IBC Registry were numbered…”

Ghandi, furthermore, took issue with a claim made by BISL that the Government would be responsible for all employee compensation.

“This statement was wholly incorrect, misleading, self-serving, and no more than a disingenuous attempt by BISL to evade its own responsibilities towards former employees,” Ghandi asserted.

He added that, “We understand that several former employees of BISL at the IBC Registry and IMMARBE have approached BISL for severance pay or other compensation for years of service worked at BISL, but the company has wrongfully (in our view) refused to honour any such claims.”

It’s been nearly six months since Government announced the takeover of the IBC Registry and IMMARBE. At the time of the takeover, BISL threatened a US$60 million suit against the Government.

“Most of the staff agreed to be reemployed under Government management, although some left of their own,” Ghandi told Matura-Shepherd.

At his press conference on June 12, 2013, Prime Minister Dean Barrow had announced that the Belizean staff of the IBC Registry and IMMARBE would be retained.

Ombudsman Lionel Arzu told Amandala Monday afternoon that his office had received a written query on the Muschamp case, and after his office looked into the matter, they took the view that the former manager of the registry, BISL, under which Muschamp had been employed, is the party against which she would have to take legal action.