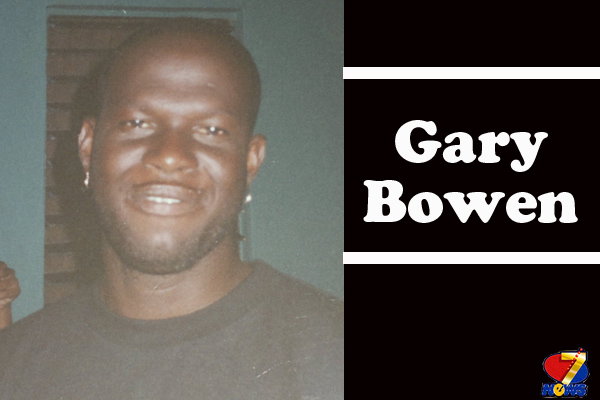 The victim, on bicycle, was shot 3 times, then 3 more times as he lay on the ground

Gary Bowen, 33, was shot multiple times on Partridge Street at about 8:20 this morning, a short distance from its junction with Banak Street, while riding his bicycle towards his family home on Morning Glory Street, near the Sadie Vernon High School.

A gunman rode up on a bicycle behind him and after a short exchange of words fired three shots at Bowen, hitting him into the back of the head, causing him to fall off his bicycle.

The gunman, who was not wearing a mask, then got off his bike, went to his prostrate victim, stooped over him and shot him three more times as he lay on the pavement.

Witnesses said that the killer coolly put the gun back into his pants waist, got back on his bicycle, and rode into Banak Street, escaping into the surrounding area.

Amandala was told that Bowen had just bought food from a tacos stand near the taxi parking lot at the corner of Cemetery Road and Elston Kerr Street, and had told a woman that a man was following him. After getting served, he crossed into Partridge Street, and before getting too far up the street, he was shot.

His father, Demos Bowen, and the family are devastated because they say that Gary was a responsible father and was not into trouble and mischief. The grieving father said that Gary came every morning to check on him and to make sure that everything was alright with him, especially now that he is handicapped and unable to work.

He said that Gary came this morning and gave him $40 and a pack of cigarettes, and told him that he was going to buy food and would be coming back shortly. He was at home waiting for him to return, when a family friend ran to the house and told them that Gary was dead, that he had been shot on Partridge Street.

Gary Bowen’s sisters ran to the scene and found him on the pavement, but he was already dead. Shortly after, police officers lifted him off the pavement, put him in the pan of a police mobile unit and took him to the Karl Heusner Memorial Hospital, where he was pronounced dead on arrival.

Demos said that he wants justice. He said that he has three sons, and Gary was the last son. He would not be so devastated if any one of his sons, who is considered warrior like and aggressive, had been targeted, but he cannot think of any reason why anyone would want Gary dead.

He said that the reality has just struck him, and he is feeling what many people feel when their loved ones are killed – and it hurts.

Demos said that for meaningful change to come, to effectively combat this crime situation and the senseless shooting of people, people must stop covering up and condoning wrongdoings, and not be afraid to stand up and to report crimes to police.

He said that he is aware that people are fearful to give reports to police, for fear that they will be targeted, but police should, and must address this problem. Too many people are getting killed and the killers are free, and nothing happens, he said.

Police are now seeking public assistance to capture Gary Bowen’s killer. Anyone with information that can lead to the arrest and capture of this killer is urged to contact the nearest police station, or 0800-TIPS.

Gary Bowen is survived by his 8-year-old son; 6 sisters; 3 brothers; his father, Demos; his mother; and a host of relatives and friends,

The family said that Gary’s bicycle has apparently been stolen, along with some money. His pregnant girlfriend had just given him $500 to deposit at the Holy Redeemer Credit Union, but only $185 was found on him. The family would also want to recover the lost money.