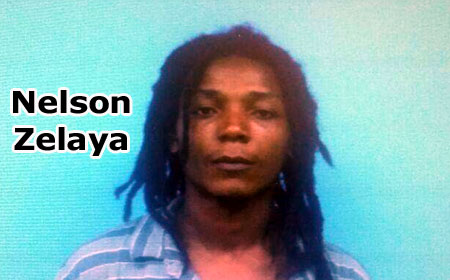 GARDENIA, Belize District, Thurs. Nov. 24, 2016–A 3-year-old infant was reportedly present when two gunmen callously shot her father in his head several times at about 11 a.m. today while he was relaxing in his backyard in Gardenia at Mile 21 on the Philip Goldson highway.

Ladyville police were called to the scene and they immediately rushed the injured victim to the Karl Heusner Memorial Hospital (KHMH).

While being transported, Zelaya was bleeding profusely from the head, but still appeared to have had a pulse. However, upon reaching the KHMH, he succumbed to his injuries.

Zelaya’s relatives claim that while his young daughter witnessed his shooting, his common-law wife and other children were inside their home.

According to Zelaya’s relatives, the killers frequented their home and even ate around their table on several occasions.

Police are yet to make any arrests and the motive for Zelaya’s murder is not yet known, as he does not have a criminal record.

However, Inspector Juanito Cocom did tell our newspaper that Zelaya had been detained for interrogation in connection with the July 22 murder of Nathan Underwood, 38.

Underwood was shot to death when a gunman fired at him through a window in his shop while he was making panades. There was no evidence, however, to link Zelaya to Underwood’s murder, and so he was released by police.

Underwood was killed not too far from where Zelaya lived. Zelaya’s relatives say that his death was not entirely unexpected, because he wouldn’t listen when they told him many times to stop associating with persons they deemed to be bad company.