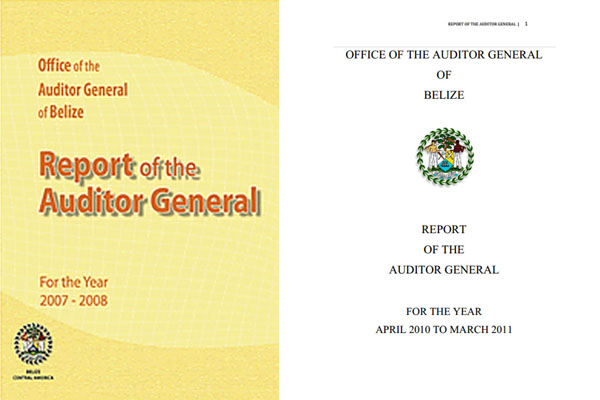 Barrow adamant: “…there will be no restructuring of PAC!”

Last week, the National Trade Union Congress of Belize (NTUCB) issued a statement insisting that the Public Accounts Committee (PAC) must be reformed in order to serve the purpose it needs to, in acting as an oversight body to review public spending; however, Prime Minister and Minister of Finance Dean Barrow told journalists today that “there will be no restructuring to the Public Accounts Committee.”

Barrow went further to say that the agenda put forth by Cabinet will be “forced” by the ruling party members – who, he insists, hold the majority of seats on the six-member Committee.

“We will press on and there will be no restructuring of the Public Accounts Committee, so as to make it unwieldy and so as to violate, not just the standing orders but the core principles of democracy,” said Barrow.

A meeting of the Public Accounts Committee is scheduled for 2:00 p.m. on Wednesday, September 4, 2013.

We asked the Prime Minister what he anticipates will happen, since PAC Chairman, Julius Espat, has proposed an agenda to look only at the 2010-2011 Audit Report.

“I would hope that the current chair of the Public Accounts Committee would recognize that the game is over; that there is a need to adopt the agenda that our side, which is the majority, is proposing – adopt the schedule that we are proposing, that we can look at both sets of reports simultaneously,” said Barrow.

“If they are not prepared to go with that – then we have the votes to force that schedule and that agenda through and that’s exactly what we will do, and we will proceed thereafter to do the work,” he added.

Barrow said that if the People’s United Party (PUP) members do not cooperate, when the UDP members do move the PAC meetings forward, they would invite the social partners to sit with the committee on a rotation basis.

In arguing for the reform of the Public Accounts Committee, the NTUCB said: “The NTUCB concedes that while the Standing Orders do not presently [contain] a provision for the restructuring of the Public Accounts Committee; in the past, provisions were made for constitutional changes to accommodate nationalization of companies, as well as making changes to the composition of the Senate. Oh yes! Real precedence does exist to advance such a matter, as is being proposed for PAC!”

Answering the NTUCB’s call for reform of the rules of Parliament to allow for the proposed PAC reform, Barrow said: “I was really disappointed. Constitutional amendments are a whole different story. I don’t know how the NTUCB could, as they say in Creole, mix up the ham with the hammer. We are talking about the standing orders of the House, and we are saying that there is absolutely no need to change the standing orders because the Committee as it is currently constituted can work and will work.”

Barrow said that there was “a quarrel,” at the start, between the ruling UDP and the Opposition PUP, because the UDP was insisting that the PAC should work on years of backlog: the pre-2008 reports and the post-2008 reports. However, he explained that the UDP is proposing a compromise:

In response to comments made to us last week by PAC member, Michael Finnegan, that there are more House Committees than PAC which are non-functional—in fact, Finnegan indicated that it is a much bigger problem than the public is aware of, with some committees meeting for only a few minutes on some occasions—Barrow conceded that short meetings have sometimes occurred, but he also pointed to a recent meeting that ran the course of a few hours.

“Sometimes meetings last a few minutes, sometimes meetings last two and half hours, like meetings of the Finance and Economic Development Committee, which was considering the various bills having to do with the offshore sector, and that meeting [was] last Monday. So Mister Finnegan spoke in a way that, in fact, did not address the full picture,” the Prime Minister said.