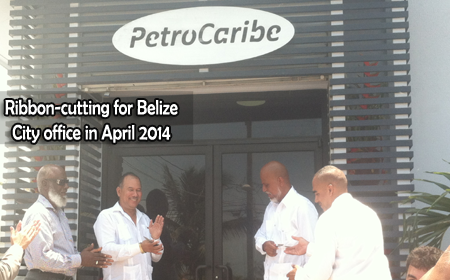 BELIZE CITY, Mon. Apr. 20, 2015–On Thursday, April 16, 2015, the Belize Chamber of Commerce and Industry (BCCI) issued its first public statement denouncing the recently introduced PetroCaribe Loans Act, approved last month by a majority vote of Parliament. Two days after the Chamber’s statement, on April 18, 2015, the National Trade Union Congress of Belize (NTUCB) also issued its first formal statement denouncing the act as a violation of both the Belize Constitution and the country’s Finance and Audit legislation.

“The National Trade Union Congress of Belize wishes to state categorically that we contend that this new law flies in the face of ALL we stand for regarding the fiscal management of Belize’s resources.

“The NTUCB is NOT against GOB’s right to make loans. However, this Congress contends that neither should any law passed to facilitate loans be in contravention of our Constitution and the Finance and Audit [Reform] Act (a legitimate offspring of the NTUCB) nor should the power of Parliament be used to confirm, validate and legitimize such violations!!!” the statement said.

The new law in question allows the Barrow administration to contract multimillion dollar loans from Venezuela under the PetroCaribe fuel accord without first going to Parliament for approval, and furthermore allows those funds to be spent whether or not Parliament gives the green light. The new law puts no limit on how much debt can be contracted; neither does it put any limit on how much can be spent without the prior permission of Parliament.

Under the Finance and Audit (Reform) Act of 2005, introduced under pressure from the social partners — the unions, the business community and the churches — a decade ago, any loan of $10 million or more must first be taken to Parliament for approval before Government can proceed to contract those loans. However, the new PetroCaribe Loans Act creates a special carve-out for the PetroCaribe loans, making it exempt from the provisions of the Finance and Audit Act.

The Barrow administration has argued that this carve-out is necessary because of the nature of the transaction: Belize imports fuel from Venezuela and under the PetroCaribe accord, it only needs to make a cash settlement for half the bill, while Belize is allowed to hold back half of the payments, which are converted to a 25-year loan at a 1% interest rate. When the PetroCaribe Loans Act was passed, almost $300 million had already been converted to loans under this arrangement. The new law was made to be retroactive to 2012, covering the entire set of loans and making them exempt from the provisions of the Finance and Audit (Reform) Act.

While the ruling United Democratic Party (UDP) voted unanimously in support of the controversial new legislation when it was introduced in Parliament at the time of the 2015 budget debate on March 27 and 28, 2015, the Opposition People’s United Party utterly rejected it as both unconstitutional and anti-democratic.

Both the churches and the business community voted against the legislation in the Senate on Monday, March 30, but the Senate representative of the labour unions abstained from voting.

On the day of the Senate meeting, Marvin Mora, NTUCB president, told Amandala that the unions had not yet formalized their position on the legislation, and they were trying to convene a meeting to do so. That meeting was held on Wednesday, April 1, and the NTUCB told the media then that it was not in support of the new legislation. Its formal statement issued this weekend is in line with that stated position.

The NTUCB’s statement asserts that, “this law circumvents accountability and transparency.”

The Congress said that it will continue to focus on the real issue: “Is the Petro Caribe law good for Belize?”

The NTUCB’s release does not specify what measures it will take to lobby against the new law. It commits to canvassing its membership while undertaking an education campaign, in order to ensure that when called upon to take a stand, its membership will be able to make an informed decision.

The Chamber has said that it plans to discuss the matter with the unions as well as the Bar Association of Belize.

The Opposition People’s United Party proposes to repeal the PetroCaribe Loans Act if elected to office.