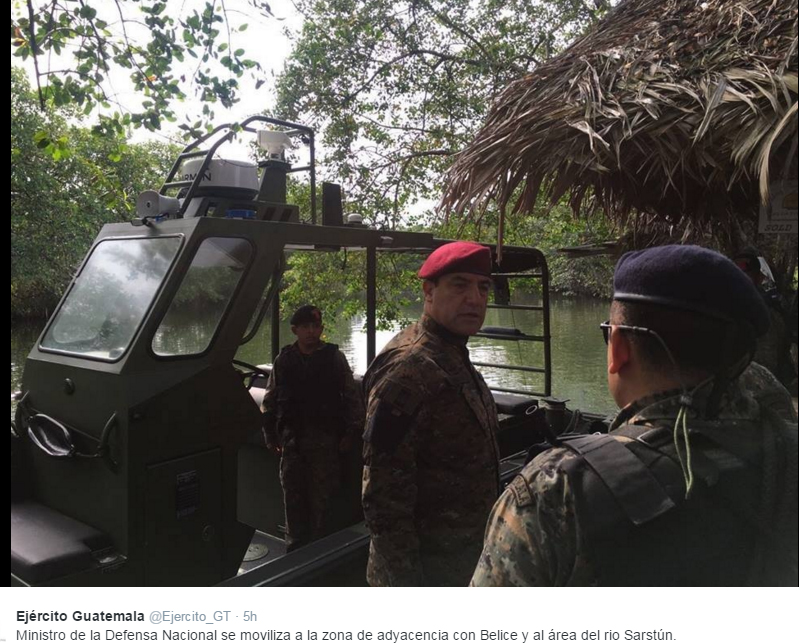 WASHINGTON, Fri. Apr. 22, 2016–In a statement issued today, the General Secretariat of the Organization of American States (OAS) said that it “repudiates the death of a Guatemalan minor [Julio Alvarado, 13] at the hands of a Belizean patrol, and urges both sides to redouble efforts to establish a lasting peace in the [border] between the two countries.”

Although the OAS press release did not mention the fact that Guatemala has announced that it has dispatched a further 3,000 troops to its borders with Belize, including its most dangerous shooters — the Kaibiles — it said that it “calls on the governments of Belize and Guatemala to avoid an escalation of tensions, and to renew their efforts to establish a lasting peace.” 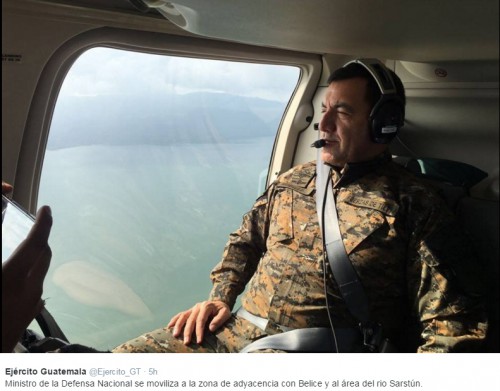 Belize has described the content and tone of a message delivered Wednesday by Guatemala’s president Jimmy Morales as inflammatory, and the widely circulated video, which went viral on social media soon after its release, has prompted widespread adverse reaction from people on both sides of the border.

Guatemala’s Defence Minister, Williams Mansilla, was photographed on the Sarstoon River on Friday, after Guatemala deployed additional troops to that area only a day after Belize opened its Joint Forces Operating Base on the northern bank of the river to police illegal fishing, logging, camping and other such activities in the area.

According to the Government of Belize, the minor who was killed on Wednesday inside the Chiquibul National Park had been shot after the Belize Defence Force, on law enforcement patrol on the Belize side of the border, came under fire. The Belize soldiers responded in self-defense, the Belize Government said.

The OAS said today that its “Office in the Adjacency Zone of Belize and Guatemala will investigate the incident at the request of both governments. Once the investigation is concluded the report with its results will be delivered to both Foreign Ministries for the appropriate actions.” 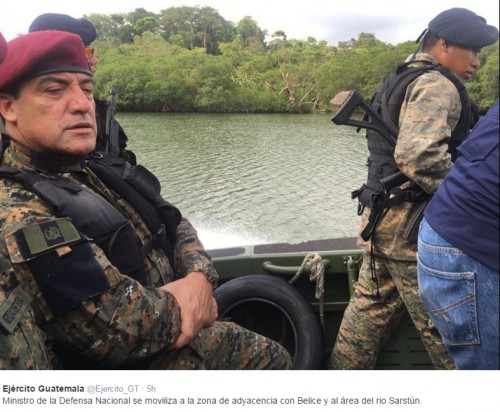 The OAS said, “This incident reinforces the need to observe the confidence building measures in place, in order to prevent future confrontations or situations that could put at risk the peace and stability in the Adjacency Zone, as well as in the area of the Sarstoon River.”

Guatemala has recently rejected an 11-point proposal for peacekeeping at the Sarstoon River, in the face of escalating tensions over Belize’s use of the river. Belize’s boundary with Guatemala at that point runs at the mid-channel point but Guatemala has taken a hard-line stance that the entire river belongs to it. That country purports to have repudiated the 1859 Boundary Treaty it had inked with Britain, which shows the boundary line running south of Sarstoon Island.

In concluding its release, the OAS General Secretariat said that it “reiterates its recommendation that the two sides carry out the procedures provided for in their respective internal systems as soon as possible, to hold referenda on the decision to submit the territorial controversy to the International Court of Justice, in accordance with the Special Agreement. This is the only viable option to resolve the dispute in a peaceful and permanent way.” 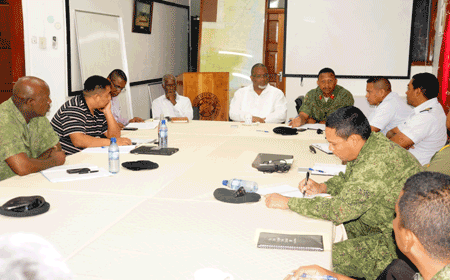 Belize security officials were meeting Friday to discuss the latest developments on the border.

“With the conclusion of the meeting this morning between Minister of National Security Hon. John Saldivar and the senior command of our security forces, all security forces have been placed on high alert and a short term strategy has been devised to deal with further possible incidents along the border areas and in the Sarstoon,” an official National Security release said.

It added that, “The Ministry of National Security… will take any and all actions appropriate to preserve our sovereignty and territorial integrity.”

The US State Department also issued a statement today, referring to Belize’s border as a “disputed area” and omitting to mention that Guatemala has aggressively amassed troops on the border with Belize.

Here is the full text of that release:

We are deeply concerned by reports today that a child was killed and two family members injured in the disputed area between Guatemala and Belize known as the Adjacency Zone.

We express our deepest condolences to the family.

We urge calm and restraint by both sides, and we call for a full investigation of the facts surrounding this tragedy.