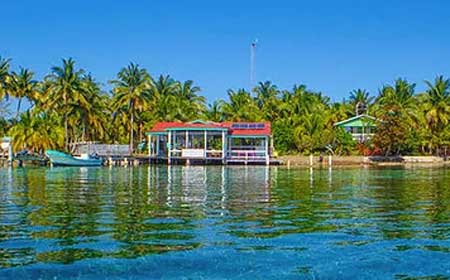 The burglary occurred at the office of Barbara Dawn Kelt, 58, a Canadian who is the manager of the enterprise.

So far, no one has been arrested in connection with the burglary, and the stolen cash and documents have not been recovered.

Apparently, over the weekend, there were a number of individuals on South Water Caye. When Kelt went to her office on Monday morning, she found that her office had been burglarized.

The International Zoological Expedition is an institute on South Water Caye that makes it possible for high school students, vacationers or adventurers to visit the island to recreate and to be educated about the Belize Barrier Reef. There are classrooms, a library and a lab to facilitate those educational sessions.

The caye was added to a list of protected sites of “universal value to humanity” by the United Nations Scientific and Cultural Organization (UNESCO). They cited the reef ecosystem’s remarkable biological diversity and beauty, calling it an area “of great scientific value”.

This outstanding natural system is host to offshore atolls, several hundred cays, mangrove forests, coastal lagoons, and estuaries, which are a significant habitat for threatened species such as the West Indian manatee and a variety of sea turtles.

The government of Belize has also recognized the incredible beauty and biodiversity found in our pristine waters, and thus designated South Water Caye a marine reserve — one of the largest reserves in Belize.

Dawn Kelt and the police are seeking public assistance in solving this case. Anyone who has information, that can help police solve the case and to locate and arrest the thieves, is urged to contact the Dangriga police at 522-2022, or call 0800-922-TIPS OR 911.