Home Highlights Will PAC rise from the dead?
Highlights

Will PAC rise from the dead? 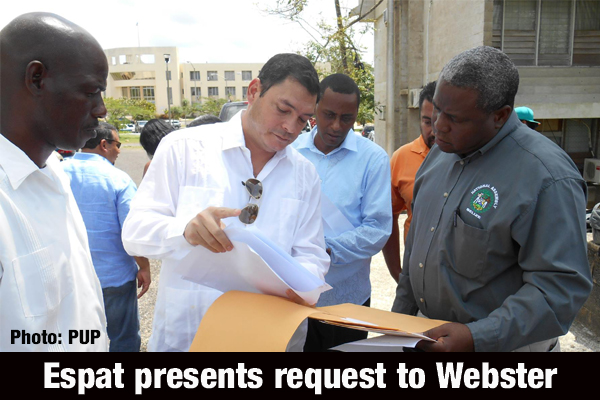 However, Espat’s proposed agenda – the review of the 2010-2011 report of the Auditor General – is expected to be a source of contention between the two rival political factions which comprise the Committee.

“I have gotten information that they will do everything possible to block it,” said Espat, referring to his call to look at the most recently tabled Audit Report.

The Office of the Prime Minister has recently issued a statement, indicating that while it agrees with the resumption of PAC meetings, the audit reviews should not only include the reports under this United Democratic Party administration – but reach back in time to excavate those old reports that had never been touched by the Public Accounts Committee.

However, Espat, who was appointed chair in early 2012, said that this is not the mandate of the PAC, as it does not exist to carry out witch-hunts.

He insists that only reports tabled under his tenure should be considered, and in that regard, the only such report tabled is the 2010-2011 report.

“My mandate is when I was elected. I am not interested in the past. That’s somebody else’s role to play,” Espat told us.

Another lingering disagreement is over whether the meetings should be held in public or in private. Webster told us that no member of the public will be allowed to attend next Wednesday’s meeting, and he went further to indicate that the area will be cordoned off to ensure restricted access by only PAC members.

“The Standing Orders says that the committee deliberates in private… This first meeting should be a meeting of deliberation, to decide what will and won’t happen,” said Webster. “No one will be allowed in.”

He said that at PAC’s last meeting, they had agreed that all meetings will be held in public, and beyond that, the press release from the Office of the Prime Minister called for public PAC meetings.

Amandala spoke with Michael Finnegan, a committee member for the ruling party, to find out how the UDP will respond to the National Assembly’s plan to hold the meeting in private; however, that member indicated that it was not an issue for him, as he may not even attend.

Answering the question of how the backlog of reports is to be dealt with, Espat said, “The Prime Minister has authority to go to the House and create a special select committee, to do forensic audits and address the backlog.”

In other developments this week, the 17 PUP Parliamentarians of both the House of Representatives and the Senate on Tuesday solidified a declaration on the steps of the Independence Hill, formalizing their call for a reform of the PAC, to grant three of seven seats to social partners.

“The Public Accounts Committee, as constituted by the Standing Orders of the House of Representatives of Belize, is meant to be the means by which the Legislature acts as a check-and-balance of the constitutional power of the Executive. The attempt by this UDP government to usurp the function of the committee is unlawful and undemocratic,” the declaration said.

The statement is referring to a Cabinet declaration that the PAC meetings should proceed in public, meeting twice a week – with one day dedicated to pre-2008 reports and the other to post-2008 reports. Espat has said that the executive cannot dictate to PAC, which is a committee of the legislature – a separate arm of government.