Parliament to pass changes to Sugar Act next week 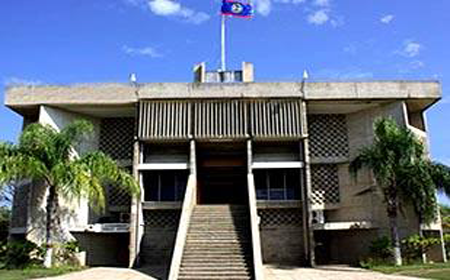 BELIZE CITY–Parliament is scheduled to meet early next week to pass an amendment to Belize’s sugar laws which Government sources say is intended to acknowledge new cane farmers’ associations which have emerged in the north of the country as rival groups to the Belize Sugar Cane Farmers’ Association (BSCFA) – the only association which is named in law as the representative agency of almost 5,500 cañeros.

A week ago, Prime Minister and Minister of Finance told the press that Government would not rush to Parliament this Monday to pass emergency laws to facilitate splinter groups of cañeros forming new organizations, who intend to sign with the Belize Sugar Industries. At least two organizations exist apart from the BSCFA: the United Cane Farmers Association and Corozal Cane Farmers Producers Association.

“I don’t want to give the radicals any excuse for trying to cause trouble. I am satisfied that legally, there is no need to amend the law to allow them to do what they want to do,” said Barrow, who added that it is the constitutional right of cañeros to enter into an agreement with BSI without the BSCFA.

Barrow said that fixing the sugar laws “is a mandate of the court that we have too long ignored.” He said that after the dust has settled, the Government will move to change the law to enshrine into it the new organizations that would emerge.

We understand that the draft bill to implement the changes is still under review, although Cabinet gave its stamp of approval on Tuesday. That draft has not yet been made available to Parliamentarians, and our information from official sources is that the document should be complete tomorrow.

Ezequiel Cansino, BSCFA chairman, told Amandala that no official of government has discussed the proposed legislative changes with them.

Apart from the changes to the sugar legislation, Parliament will be asked to approve two write-off motions.

After Monday’s session opens with prayers, the newest member of Parliament, Cayo North area representative Omar Figueroa, should be administered the oath of allegiance of a new member of the House of Representatives.

Parliamentarians earn a salary of about $39,000 a year, plus allowances, including a $500 monthly vehicle allowance to conduct constituency work. They also receive $2,000 (monthly?) for their constituency office – where Figueroa had told us he intends to concentrate most of his efforts, although he was this week installed as Minister of State in the Office of the Prime Minister.