Penner and Castro removed by Committee of Selection 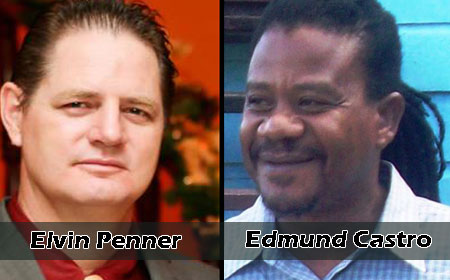 Both Penner and Castro, who have acted as ministers of state or junior ministers, were at the center of a hailstorm of controversy in late 2013 over allegations of impropriety in public office.

Penner lost his Immigration portfolio after allegations that he facilitated the issuance of a Belizean passport to Won Hong Kim while he was behind bars in Taiwan. In January, Castro lost Civil Aviation after concerns were raised over the manner in which the Belize Airports Authority was issuing funds for or on Castro’s behalf, with at least three checks allegedly made out to him.

While there was no announcement of these committee changes at Friday’s meeting, legislative matters were detailed, including matters that will be considered at the next sitting of the Senate on Thursday.

On that occasion, the Senate will take a look at the two bills which the House of Representatives approved on Friday: the amendments to the Insurance Act and the Gaming Control Act.

The $835,543 write-off motion for the Belize Sugar Cane Farmers Association approved by the House Friday is not on the agenda.

The amendments to the Telecommunications Act and the Electricity Act were only introduced on Friday and not approved, and so they won’t be tabled at the Senate Thursday.

At the House meeting, Opposition Leader Francis Fonseca, area representative for Freetown, took issue with Barrow pushing all the motions through in a single sitting of Parliament.

Fonseca said that when Barrow was in the Opposition for 10 years, he railed to no end about that. He also complained that the Opposition had no opportunity to see the proposed motions and discuss them in caucus, and demanded that the Opposition be provided with the money motions before they attended the sitting of Parliament so that they could effectively participate in the debate.

“Everybody knows, he railed for 10 years. Now he seems to have mastered the practice in his 7th year as Prime Minister of this country,” said Fonseca.

Barrow said that he never complained for the sake of complaining, but only when controversial motions were raised, “such as when they had wasted by way of their corrupt arrangements all the money on the soy bean project then you come to the House and you seek to write if off all in one day.”

Barrow threatened to put a hold on certain money motions, including the bill for the write-off to the cane farmers, but he swiftly recanted.

By the end of the day’s sitting on Friday afternoon, Parliament had approved the four money motions.