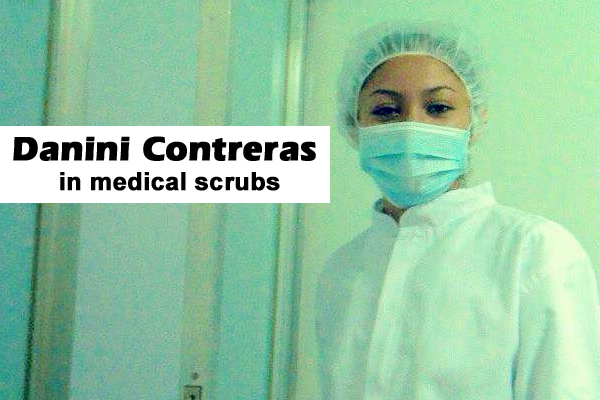 They are outraged over secret hiring of Hon. Erwin Contreras’ daughter as Director of Drug Inspectorate

“Belize is plagued with a myriad of issues related to the quality of pharmaceuticals. These issues pose numerous direct threats to the health and safety of the people of this country,” says Pharmacists’ Association of Belize

Controversy has erupted in the health services sector over recent revelations that the daughter of Hon. Erwin Rafael Contreras, Minister of Trade, Investment Promotion, Private Sector Development & Consumer Protection—fresh out of a Guatemalan school—has been awarded a plush job within the Ministry of Health, in what some say is an instance of flagrant “nepotism.” (Hon. Erwin Contreras has been the UDP area representative for Cayo West since 1998.)

Danini Contreras, who has recently acquired a Bachelor of Science degree in Chemical Pharmaceuticals, is now the Director of the Drug Inspectorate – a brand new post in the Ministry. A senior government official told us that her salary package is of a higher scale than the Chief Pharmacist, who has been working in that position for years.

Pablo Marin, the United Democratic Party representative for Corozal Bay, is the Minister of Health, but Amandala has been advised by the Ministry that it was Health CEO Dr. Peter Allen who arranged the hiring.

Our newspaper understands that the hiring of the young woman, who is in her early twenties, has caused a major uproar within the professional ranks of the Ministry, since senior staff members within that Ministry were not part of the process – and were effectively bypassed.

The Pharmacists’ Association of Belize (PAB) is also outraged, having heard the news via Plus TV before any notification from the Ministry. It issued a statement on Wednesday, vocalizing its concerns.

“As an association, we find it disrespectful and discouraging that once again the Ministry of Health has chosen to make a mockery of our profession … to have a position of such importance created in secrecy and filled by a person with reportedly strong paternal political ties, is one more indication that the MOH has no real desire to support and strengthen the practice of pharmacy in Belize,” the association said.

PAB added that, “…the current Director of Inspectorate was installed and the obvious lack of experience and training of this individual, leads us to believe that either the Ministry is setting the individual up for failure, or they are only interested in having a glorified rubber stamp in such a key position. We strongly suspect that the latter would be the case.”

It goes on to say that the new Director of the Drug Inspectorate “has no working experience in any field – including pharmacy,” “has no knowledge of the pharmacy program in Belize,” “is not registered as a Pharmacist under the Chemist and Druggist Act, Chapter 311 of the Laws of Belize,” and “lacks the specialized training required to carry out duties necessary in the Drug Inspectorate position.”

A Ministry spokesperson told us that Contreras has been temporarily hired under the National Health Insurance (NHI) program, while a request from the Ministry to the Public Service Commission – to hire her permanently as a director with the Ministry of Health – is pending approval.

We were told that she has been working at the Ministry for two weeks now, to be paid under the NHI program in the interim.

However, Hortence Humes, RPH, president of PAB, told Amandala that the association wants the appointment of Contreras to be rescinded and advertised.

When we contacted the Ministry today to speak with Ms. Contreras, we were told that she was not available.

Amandala has furthermore been advised by the Ministry of Health that the Chief Executive Officer, Dr. Peter Allen, who hired Contreras, is not taking individual press interviews, but Allen issued a written statement Wednesday asserting that, “indeed a highly qualified and extremely professional officer has been recruited to head an independent drug inspectorate unit,” but goes on to suggest that the matter should not be ventilated in the public since “to discuss the professional attributes of this or any other officer in a public forum is not encouraged by the Ministry of Health”—this despite the fact that Contreras would be paid with taxpayers’ dollars.

A Ministry spokesperson told us, however, that while Contreras has reportedly been back in Belize for just three months and has been on the job for two weeks, there is “nothing in black and white” to document her hiring. She has been hired under the NHI program, and a letter has been sent to the Public Service Commission.

The Ministry is awaiting the approval of the post, which they are creating, so that Contreras can be permanently employed in the Ministry of Health, we were told.

Marietta Enriquez is the only drug inspector in the country, employed in the Ministry for more than 10 years, and officials in the health sector told us that she has oversight responsibility for both the private and the public sector.

The last person acting as drug inspector was Donna El-Amin, who retired in January. The Ministry had since assigned Enriquez (licensed for 15 years or more) to fill the post. The newly created post of Director of Drug Inspectorate, which Contreras has been picked to fill, is more senior than the drug inspectorate post.

PAB opines that “this newly established post does nothing to address the problems associated with counterfeit medications, prescription medications sold over the internet, selling over-the-counter and prescription items without a licensed pharmacist and the importation of sub-standard pharmaceuticals.”

It notes that, as a duly registered body, it advocates for safe and effective pharmaceutical services, and demands that clear, transparent and relevant processes be employed when carrying out actions purporting to improve the pharmacy practice in Belize.

Humes, PAB’s president, told Amandala that a pharmaceutical taskforce had been set up and it has been looking at creation of posts for each district, but nothing was done to advance its recommendations and they had not met in about a month.

PAB is concerned that, “Belize is plagued with a myriad of issues related to the quality of pharmaceuticals. These issues pose numerous direct threats to the health and safety of the people of this country.”

As a consequence, it said, it has advocated for years for a drug inspectorate unit, supported by appropriate legislation.

“We would welcome and fully support any genuine effort by our Ministry of Health in this direction, but insist that such a unit be properly created, equipped and staffed by persons suitably qualified, and that the necessary laws be enacted and enforced to give the requisite authority to personnel of such a unit, empowering [the] said unit to carry out their duties effectively and in the best interest of the people of Belize,” PAB said.

The Pharmacists Association of Belize has issued four specific demands: (1.) the current state of affairs in the hiring process for the post of director of drug inspectorate unit be immediately rectified; (2.) proper procedure be adhered to in the creation and filling of the post; (3.) an entire unit be created to realistically carry out the necessary work; and (4.) the unit be properly equipped with suitably trained personnel.

Allen said that “the Ministry is open to discuss such issues at any convenient time and has already responded by inviting the executive of the Association to meet.”

Humes told us that their executive will meet to discuss Allen’s invitation, and they will work on setting a date.

Allen agreed that a strong, independent unit should be created, staffed and empowered to carry out these and other functions.