The remaining regular season schedule looks favorable for BDF, with matches against Wagiya and Freedom Fighters remaining; but “any number can play.” Police, San Pedro and Placencia each have two very tough games left, but Police have a 3-point edge on their closest contender for the remaining two playoff spots. Bandits* and Verdes* are already in the Top-4 playoffs. 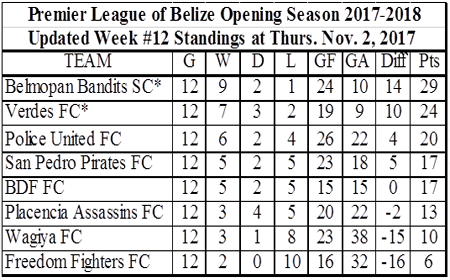 Facebook
Twitter
Pinterest
WhatsApp
Print
Previous articleDid the US weather service have any impact on Hattie hitting Belize because of project storm fury ?
Next articleMany illegal immigrants voted in the March 7, 2012 elections