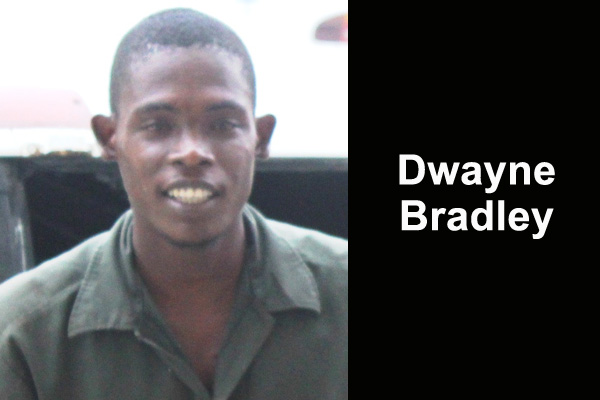 A Biscayne man who was arraigned on charges of drug trafficking and cultivation of a controlled drug attempted to plead guilty, but Magistrate Hettie Mae Stewart, before whom he appeared, entered an unequivocal not guilty plea on his behalf, because she felt that he did not understand the nature of the charges that she read to him.

Police charged Dwayne Bradley, 24, a fisherman and farmer, with possession of 76.6 grams of cannabis and cultivation of 101 cannabis plants.

In court, when Bradley was read the two charges and asked if he understood the charges, he replied that he understood. But when Stewart asked him to enter a plea, he mumbled “guilty.”

But Stewart was convinced that Bradley did not understand the nature of the offenses to which he was pleading guilty, so she entered the unequivocal not guilty plea on his behalf and adjourned his matter to July 30.

He was released on $3,000 bail plus one surety in the same amount. His bail condition is that he is to report to the Queen Street Police Station every Monday between 7:00 a.m. and 4:30 p.m.; if he fails to adhere to the condition of his bail, it will be revoked.

According to police, officers attached to the Anti-Drug Unit conducted an operation in Biscayne, between Miles 29 and 30 on the Philip Goldson Highway yesterday, Thursday, around 2:30 p.m.

Police say that about 1 ½ miles north-east of Biscayne, they discovered 101 marijuana plants ranging from 2 feet to 7 feet in height, at the entrance to a small plot of land measuring 20×30 feet, under a shed.

In addition to the plants, police reportedly found a cartoon box and a camouflage jacket, which contained six $100 bills and eight $50 bills.

Police have linked Bradley to the property where the marijuana trees were located.

If he is convicted of the two charges, he would be staring at a $20,000 fine, which if unpaid, would land him in jail for six years, if he is not sentenced to prison upon conviction.