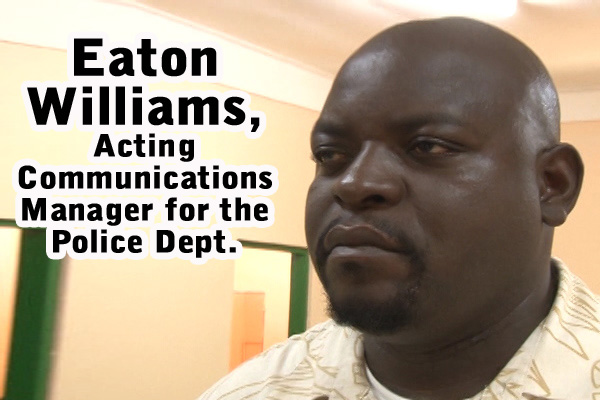 A 2012 report from the Center for Disease Control (CDC) – a US-based national public health institute – revealed that Belizean authorities need to find ways to better respond to emergencies, and today the Police Department was one of the first to react by hosting a disaster preparedness workshop for members of the Eastern Police Division Communication Center, 911 operators and other members of the division.

It took place at the Queen Street Police Station conference room, and Mr. Eaton Williams, the Police Department’s acting communications manager and coordinator of the event, gave us an overview of what the workshop entailed.

He said, “It was a joint workshop where Mr. Wayne Usher from CEMO did a presentation for us along with representatives of the Belize Red Cross, the Meteorological Office as well as a psychiatric nurse from the Ministry of Health who all came in and spoke about disaster preparedness and management especially as it relates to the work that the 911 dispatchers do.”

According to Williams, the workshop was geared to prepare the Police Department to be better prepared not only for natural disasters, but for emergencies on a whole.

He explained that the participants were taught how to deal with stressful situations, and how to remain calm and not get flustered when confronted with crisis situations such as hurricanes, and major crimes such as robbery or murder.

“Our operators work on a 24-hour basis and we want the public to know that Belize does have an active 911 center with trained personnel who are always ready to answer the call and dispatch the respective personnel to whatever the situation may be”, Williams remarked.

In response to the CDC report, he stated, “With what we have gathered here today, it is my intention to compile a comprehensive report and submit that to the government so that we can improve the emergency system, but for right now we are working with what we have and I think that we are doing a hell of a job.”

The communications manager told us that the department plans to undertake several other training workshops during the course of this year to emphasize stress management and customer service relations, among other issues.