Police detained minor for 5 days before taking her to court 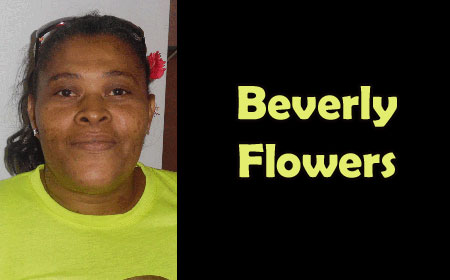 BELIZE CITY, Mon. Dec. 14, 2015–A minor was detained by Ladyville police on Thursday, December 10, and it appears that she was denied her constitutional right to make a phone call to inform a relative or a friend that she had been arrested, and the right to appear before a magistrate within 48 hours.

Beverly Flowers, 53, a housewife of Belize City, believes that the situation could have been handled differently. Flowers told Amandala that she was distraught when her 15-year-old daughter did not come home from school Thursday evening.

On Friday, a police officer who knew the minor’s father told him that his daughter was being held by Ladyville police, and that was how Flowers learned of her daughter’s whereabouts. It was not until Friday night that her daughter was charged by police with handling stolen goods, Flowers said.

According to Flowers, the circumstances surrounding her daughter’s arrest can be traced back to a visit by police on Thursday, December 10, to the premises of 88 Cemetery Road, where they believed that a flat screen television, stolen from the Lebanese Consul’s residence in Burrell Boom, Belize District, was hidden. They apparently found the television and arrested 7 persons (5 adults and 2 minors) who were in the house, including her daughter, one of the two minors.

In court, the Magistrate did not take a plea from the minor, but released her on a signed bail of $2,500 and ordered her to return to court on January 14, 2016.

Amandala spoke with Edward Broaster, Commanding Officer of Eastern Division Rural, who said “They were remanded by a Justice of the Peace and the law provides for it.”

Broaster went on to say that since the girl was charged for handling stolen goods, it was not possible to give station (police) bail.